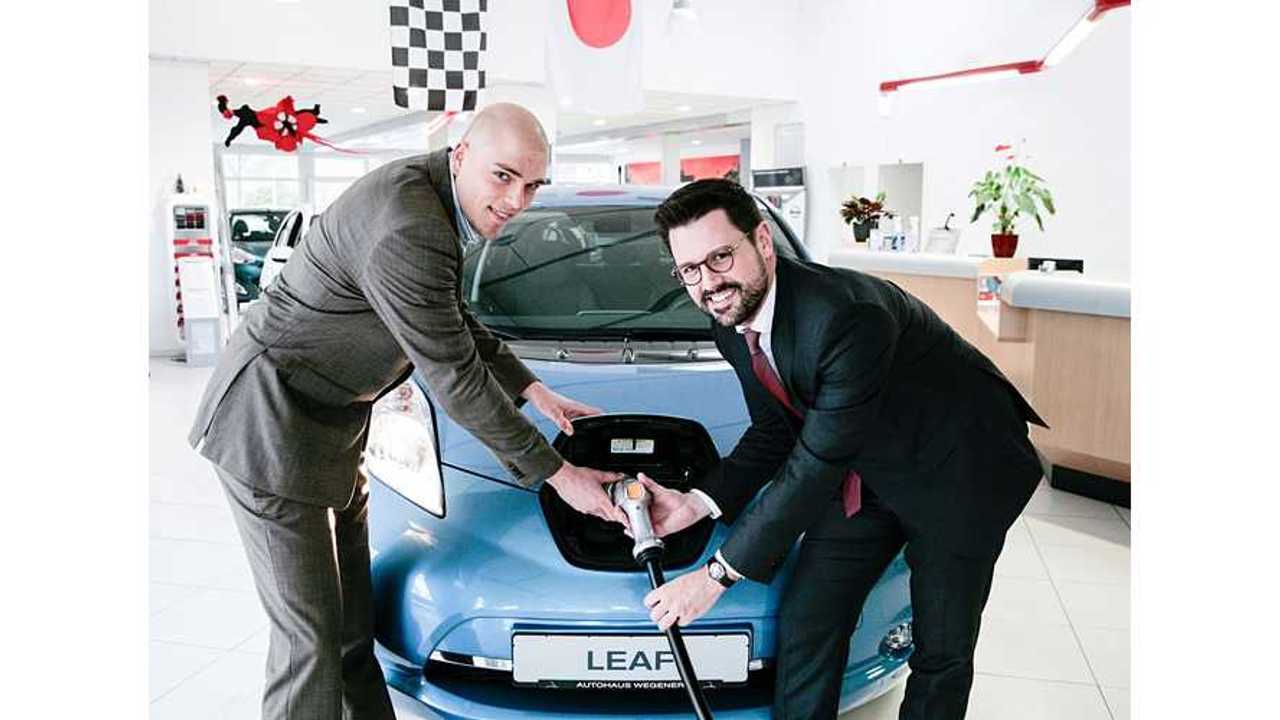 Nissan announced a new infrastructure project for Germany, which will lead to a doubling of the nation's quick chargers.

50 isn't a high number for a county with the size/population of Germany and with only 100 DC chargers expected to be operation in total in the next few months, Germany is still be far behind Norway, France and the UK, but at least they are trying to moving forward with CHAdeMO in a country which strongly supports the CCS standard.

The new chargers will be installed at dealers as well as co-operation partners and fleet customers. We believe they will be free to use (at least for some time).

Omexom Umspannwerke takes control of the complete project management, from consulting to maintenance and service of the new chargers.