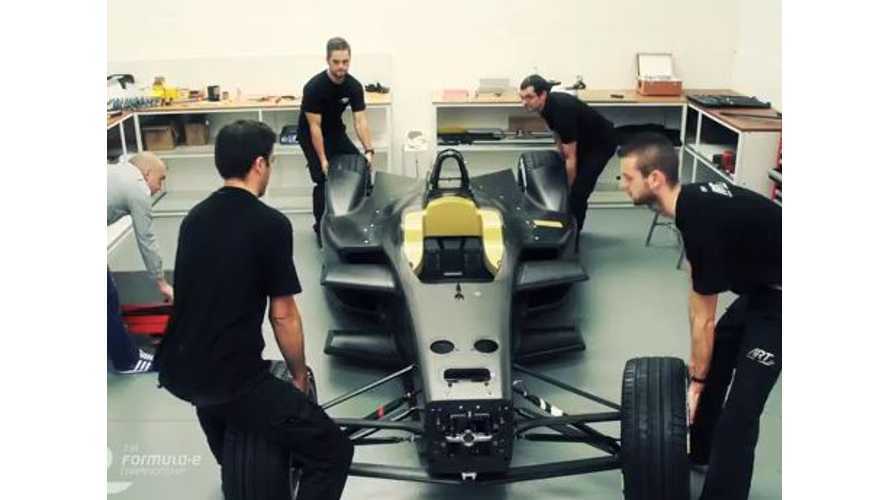 As the inaugural Formula E race draws near (first race set for September 2014 in Beijing), the promoters of the electric racing series are building up the excitement with announcements and videos such as this one in which we see "footage of the Spark-Renault SRT_01E Formula E car being assembled."

The Spark-Renault SRT_01E is the electric racer that all teams will use in the first Formula E season.

It's made mostly of carbon fiber and puts out 268 horsepower.  Curb weight is less than 1,800 pounds.

When the race series begins, you'll see drivers swap cars halfway through each race.  This is because the Formula E racers will only be able to drive for ~30 minutes on a full charge.  Rather than employing some sort of costly super-fast charging technology, Formula E organizers thought it best to allows teams to use 2 cars per race to keep the action virtually non stop.

Alrighty... now it's time to check out the video of the Formula E racer being assembled.