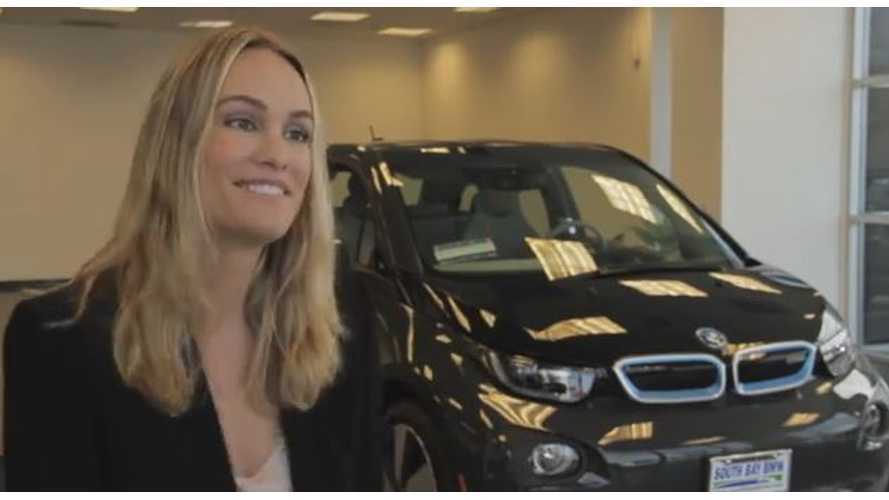 South Bay BMW of Torrance, California is proud to be able to say that it delivered the first BMW i3 in the Western U.S.

"Ashlan Cousteau takes delivery of the first BMW i3 in the Western United States."

Coustea, an Electronaut (BMW ActiveE lessee), appears thrilled to take delivery of the BMW i3.

This first Western U.S. delivery followed shortly after, but the video just went up earlier this week.

By now, we presume a couple hundred i3 BEVs have been delivered.  However, exactly zero BMW i3 REx vehicles have been delivered in the U.S., despite hundreds being at U.S. ports.  What's the hold up?  No Monroney sticker for the i3 REx.  Without that, sales can't occur.

BMW is not commenting on why the i3 REx is still without an official Monroney sticker.