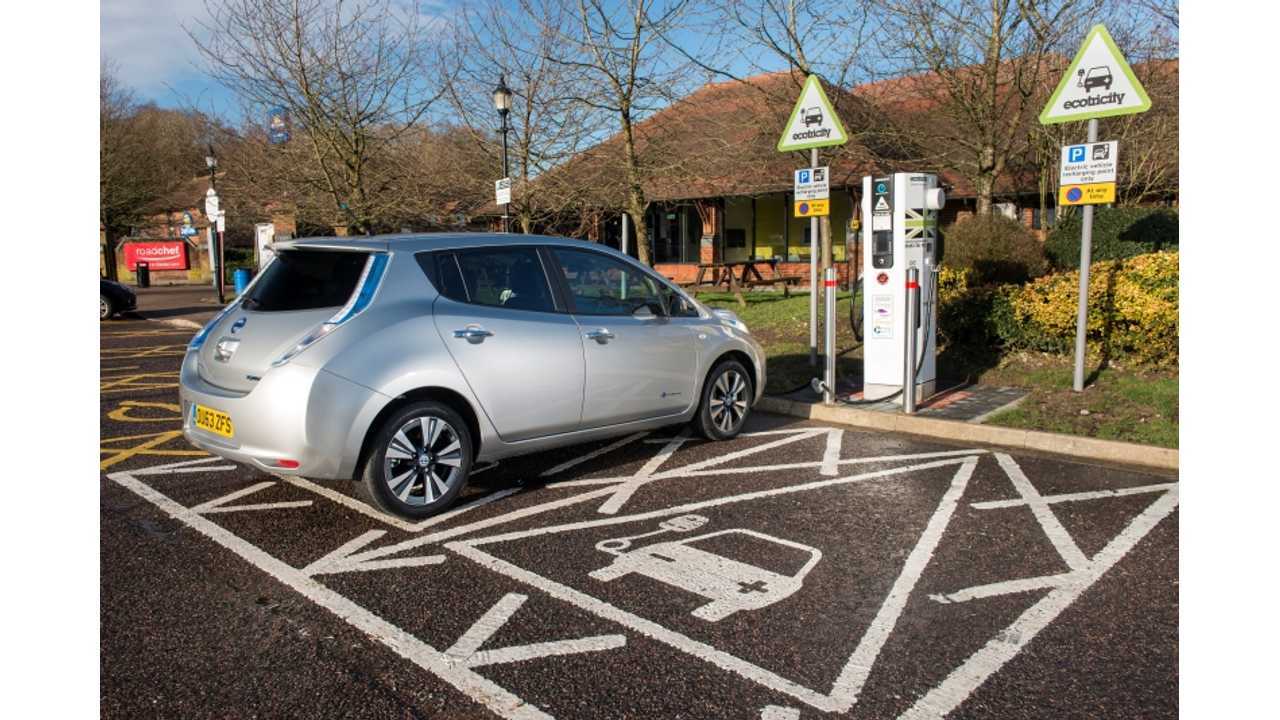 After a long period of cooperation with Nissan on the rollout of fast charging infrastructure in UK for cars with CHAdeMO or AC Type 2 inlets, which enabled 400+ mile journeys, Ecotricity is now preparing to add DC Combo chargers for upcoming BMW i3s and Volkswagens.

Additionally, Ecotricity has a promotion for customers who buy the VW e-Up! to receive 1,000 free electric miles.

According to EV Fleet World, the first charger with a Combo DC plug (Combined Charging System) will be added to Ecotricity’s Electric Highway in May after tests with cars.

"Ecotricity will begin the CCS roll-out installing the first units on the M6 corridor between Birmingham and the Scottish border, but is targeting a six-month roll out to convert its entire Electric Highway network to the new standard. Some will be new locations, while others will add a separate unit alongside the existing AC/DC chargers on the UK’s busiest routes."

Ecotricity offers free access with 100% renewably sourced energy and is already covering huge portions of main roads and some IKEA stores. The long term goal is to have a charging point at every motorway service station in the UK by the end of the year and on some A-roads, too.

EV Fleet World also noted that Ecotricity has had problems with a design fault with the current CHAdeMO charging units and is working to fix them.