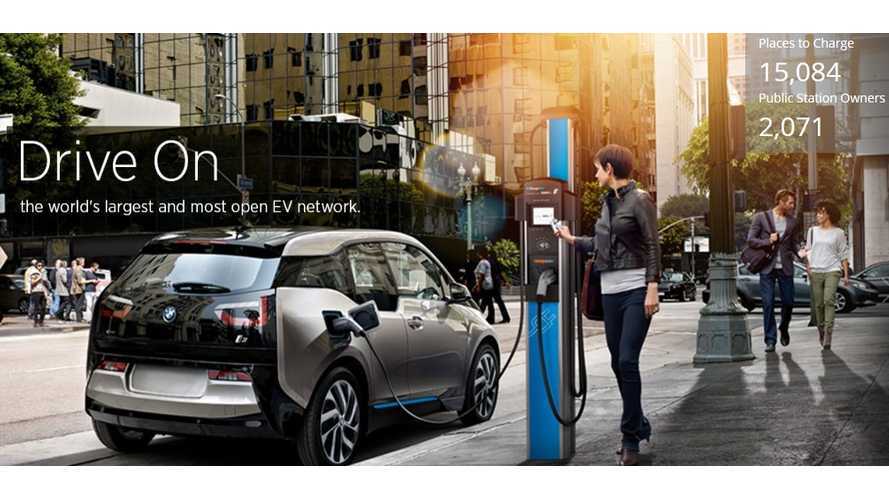 ChargePoint Stations Have Passed 100 Million Miles Worth Of Gas Free Driving (Sidenote: Amazing what fresh venture capital money does for which vehicle is most prominently featured getting some juice from ChargePoint stations!)

It is a count down ticker we have been watching for some time now.  ChargePoint stations have now given out more than 100 million miles worth of gas free plug-in charging.

So while the Tesla Supercharging Network gets a lot of high profile attention for having dispensed over 15 million miles, we figured this deserved a nod too.  (Although we imagine a well-crafted press release will also come down the pipe from ChargePoint at some point tomorrow complete with some executive quotage...but we'll just add that in later)

Some stats on the ChargePoint network as of press time:

How did ChargePoint celebrate this week?  By disclosing it had raised $22.6 million in private venture capital funding (thanks BMW i Ventures - we see you), with $4.4 million more still to be secured.  (more on that story shortly)

Our congratulations to CharegePoint on the remarkable achievement - building a viable 3rd party charging network in America is a daunting task indeed!