Nissan LEAF Sales In UK Surge To 630 In March 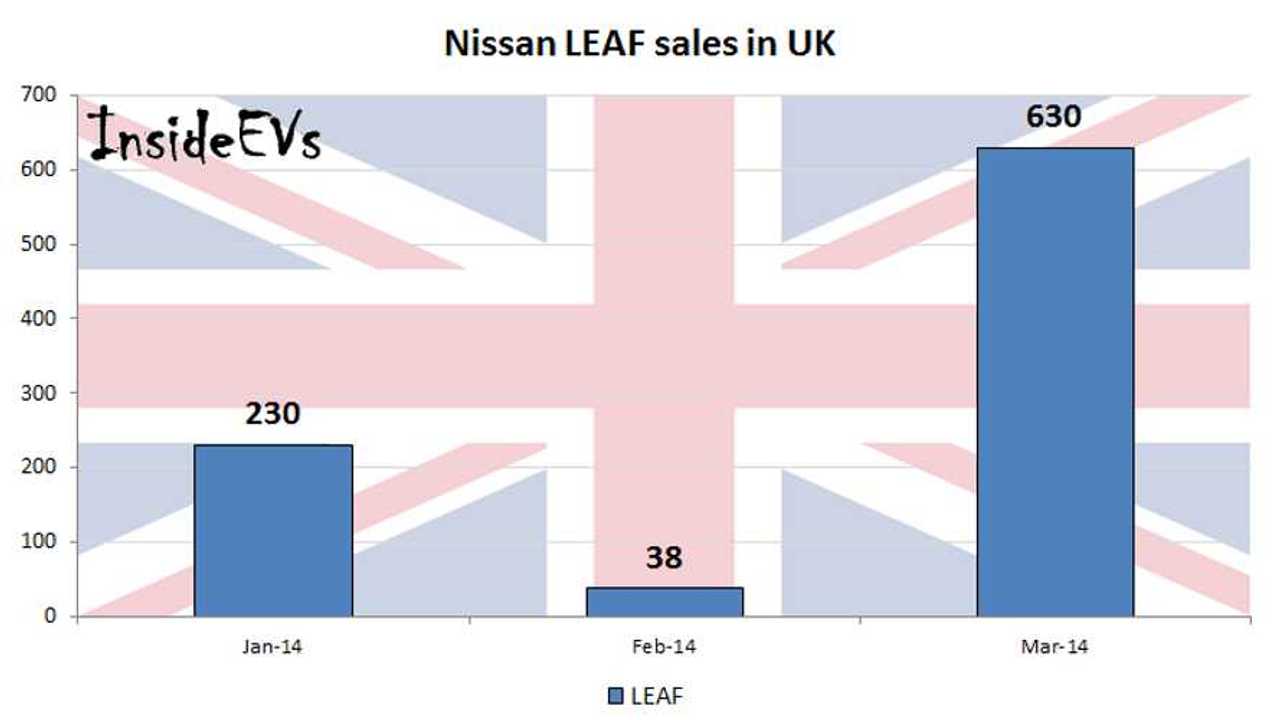 Nissan announced that according to the Society of Motor Manufacturers and Traders (SMMT), the number of LEAF registrations in the UK reached new heights - 630 units in March.

"There's just no stopping the 100% electric Nissan LEAF. The practical and affordable family hatchback has continued to hit the right note with Britain's drivers, clocking up another bumper month in March, shattering yet another sales record."

And this is not all. Nissan outsold all of the other pure EV competition combined 2 to 1 in March. So don't expect more than ~300 new EVs other than LEAF to have been sold last month in the UK.

"The figures underline the LEAF's position as the UK market leader and provide further evidence that the British-built model's class-leading range and running costs, coupled with its everyday usability, are keeping it well ahead of the chasing pack. In fact, the SMMT statistics reveal the Nissan LEAF outsold all other pure electric models combined by more than two-to-one."

"The continued success of the Nissan LEAF comes as no surprise to those of us who have been involved with its development since the start. Designed from the wheels up as a 100% electric model, it blazed the trail for EV technology when it was launched and today it still leads the way.

As the LEAF becomes an increasingly familiar sight on the nation's roads, word of mouth is spreading, and more and more drivers are being won over by its undeniable economic and environmental credentials."