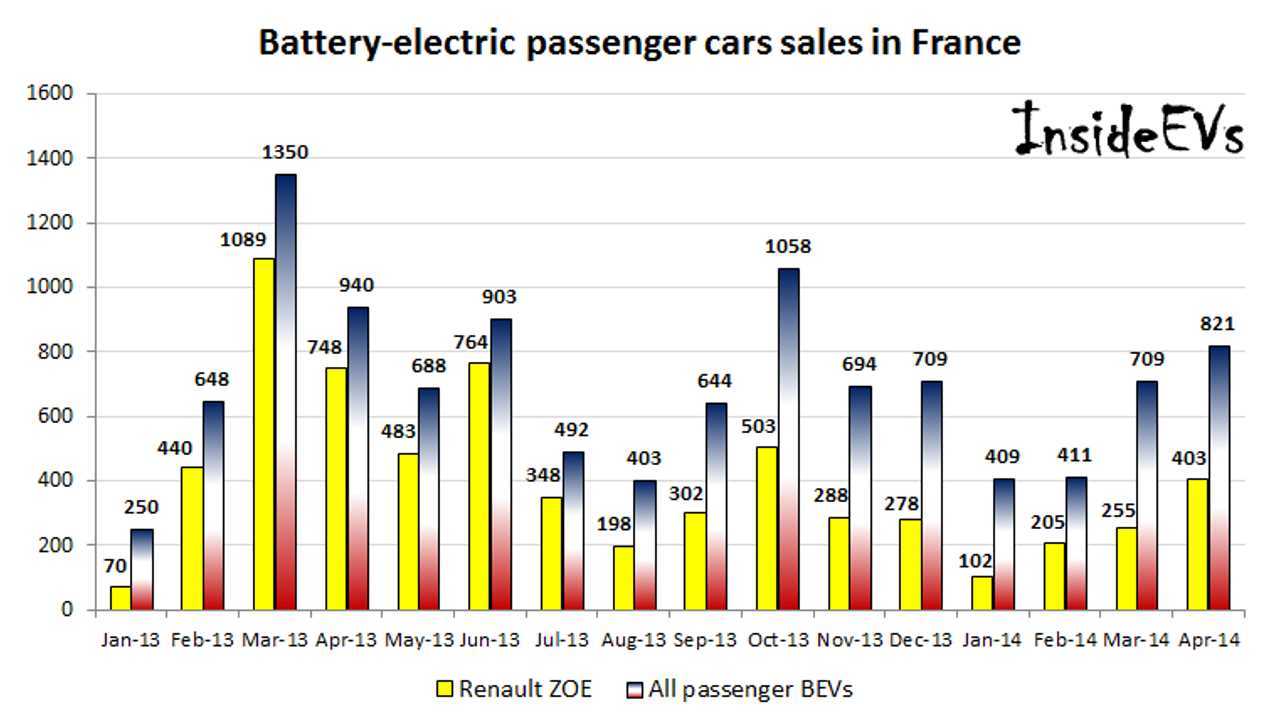 In April, sales of electric cars in France slightly improved compared to March, but still for the third month in a row, sales are lower than in the same period in 2013.

Renault ZOE, which improved its result to 403 in April, accounted for almost half of total sales.

Nissan LEAF had one of its best months with 178 sales.

Bolloré Bluecar with 69 won the fight for third place with electric Smart by one unit.

Then we see that Volkswagen e-up! reached a new record of 47 cars, which is more than it sold in the first three months combined.