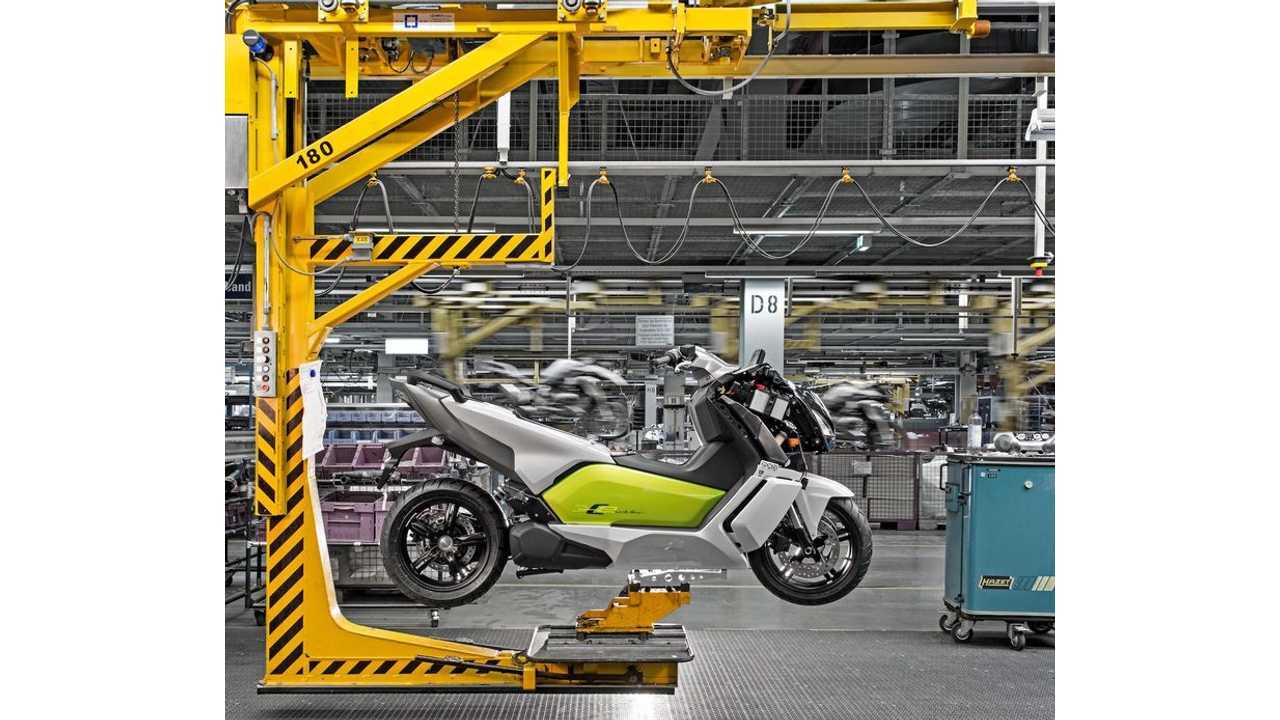 Since first debuting at the 2013 Frankfurt Motor Show, the C Evolution has garnered quite the following, mostly because it's a BMW and has BMW levels of performance one would expect:

Though BMW has still yet to release pricing information, we're thrilled to see that the C Evolution is finally a reality.

BMW has officially announced that its factory in Berlin, Germany is now making the C Evolution.  Series production is underway.

One interesting aspect of the C Evolution is that it makes use of the same lithium-ion modules found in the BMW i3.  Three of these modules, each containing 12 battery cells, are packaged in an aluminum die-cast housing in the C Evolution.

We still don't have official US pricing for the C Evolution, but we think a ballpark estimate of $15,000 or so is close for a starting point, considering that it retails for 15,520 Euro in the Netherlands and close to that same amount elsewhere in Europe.