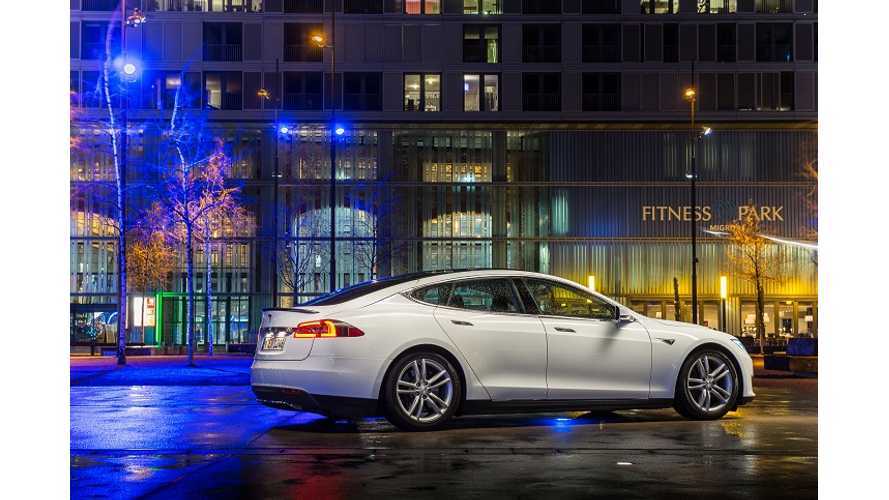 That shaky relationship should now be part of the past as Top Gear  just declared the Tesla Model S the "most important car" it ever tested.

Top Gear recently pitted the Tesla Model S against the Maserati Ghibli.  The result was a runaway win for the Model S.

"The Tesla Model S is the most important car Top Gear has tested. Let's just throw that out there. A handsome if generic-looking exec hatch, it threatens to do to the traditional car industry what Amazon did for retailing and Apple's iTunes infrastructure did to the music business - utterly rewire it."

As for the comparo between the Model S and the Maserati, here's what Top Gear says:

"In the context of this issue's Europe versus America contest, the new upper-medium contender from Italy's second-most glamorous car brand would, ordinarily, have walked it. Effectively an abbreviated Quattroporte, with a form language that gets less awkward the longer you look at it, and bolstered by 100 years of priceless back-story, the charismatic Ghibli is tasked with gate-crashing the German hegemony. Against Tesla, though, heritage counts for less than zero, and the Maserati may have turned up to a gunfight with a water pistol."

You certainly don't want to arrive at a gunfight with a water pistol.  The Maserati was doomed from the beginning:

"It patters and jostles, and generally refuses to settle down, whether it's on a pockmarked B-road or thrummy motorway. The 20in alloy wheels on the car you see here, by the way, are a £1,960 option. What price vanity?"

"Maserati says the Ghibli is a left-field choice aimed at people bored with the usual suspects. It's far from perfect, but a perfectly credible contender in the hard-nosed fleet world."

On the flip side is the Model S:

"The Tesla Model S is incredible. At £68,700, the most powerful Performance spec version doesn't actually cost much more than a well-specced Ghibli. This isn't the America of old Detroit. The Silicon Valley interloper has changed everything."

By crushing a nameplate such as Maserati, the Tesla Model S sets an example of what American automaker can do when it sets out on a mission of making not only the best electric vehicle ever, but quite possibly the best all around automobile to roll off a US assembly line.  Mission accomplished?  We tend to think so.