Bluebird Electric Racer to Make On Track Debut This September 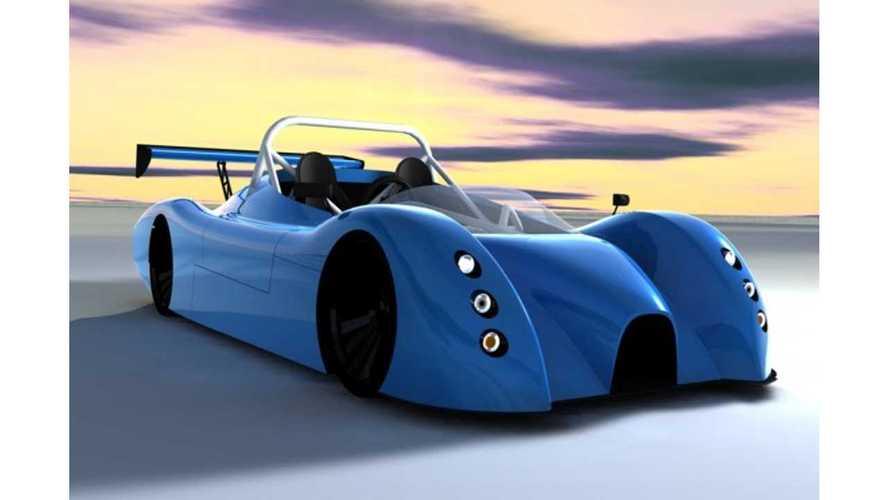 This September, the world famous Bluebird racing team will return to the track with an all new electric racer.

It was 100 years ago when Sir Malcolm Campbell hit the track in a Bluebird racecar.  Now, Sir Malcolm’s grandson, Don Wales, is bringing Bluebird back to life.

Bluebird has been tinkering with electric racing technology for the past decade.  This September, we'll see the fruits of this labor.

"Back in the 1920s Sir Malcolm Campbell broke a number of speed records in Bluebird cars and boats before his son, Donald, continued the family tradition, achieving double world records on land and water in 1964. Bluebird is now continuing its father and son heritage with the Bluebird Charity Trophy for Father/Sons at Rockingham. The new unique format of fathers and sons racing together was developed by Rockingham who also decided that the event would be a great fundraiser for deserving charities. To make the Charity Race happen they have partnered with Bluebird to manage the event as part of the Rockingham round of the 2014 Dunlop MSA British Touring Car Championship on 6-7th September. With six celebrity pairings and 24 Pro-Am Father and Son teams, the charity event will help raise funds for a number of good causes."

But that's not all.

Bluebird will "mark the race with the return of Bluebird to the track in what will be the first electric car race in the UK."

Bluebird's heart and soul is electric.  We've seen several electric concepts recently from Bluebird, including the GTL Formula E racer.  We aren't entirely sure which electric vehicle Bluebird will unveil at the track this September, but coming from one of the world's oldest racing teams, you can bet it'll be something spectacular.