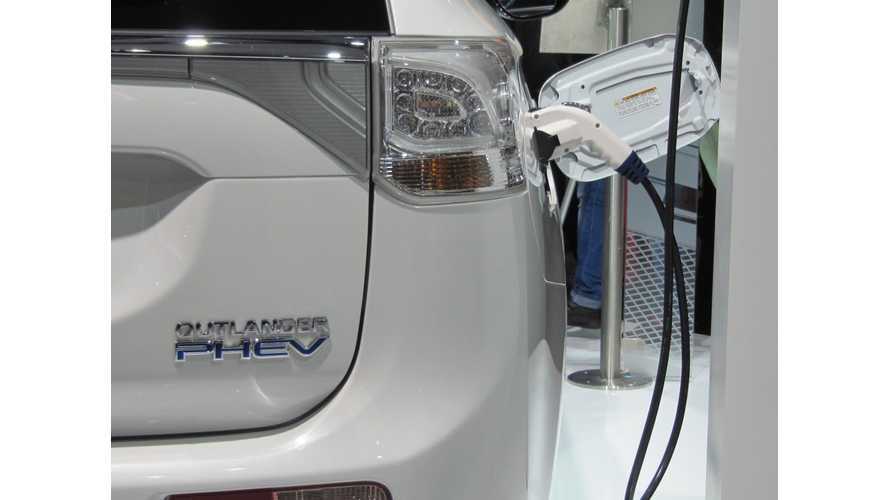 It's not the first recall for the Outlander PHEV, and they way things are going it probably won't be last.

Today Mitsubishi announced the third recall of its extended range Outlander PHEV, this time over software glitches; ironically enough - 3 of them.

Thankfully, and unlike the last recall that saw some 4,000 vehicles returned for quite a serious problem with the traction batteries that halted production for 5 months (and delayed the US launch), no production downtime is expected and the fix is a simple one.

That being said, more Outlander PHEVs have been built, so the recall now encompasses 6,517 vehicles that were built between January and November of 2013 at Mitsu's Okazaki plant in Japan.

The recall focuses on a software glitch in the battery monitoring unit that could have the plug-in SUV still consuming battery power while it was parked; rendering it unable to start.

Of those 6,517 recalls, 4,621 of them also have a software flaw that can cause the Outlander PHEV to stall due to a miscalculation in how much power is left available its 12 kWh lithium-ion battery, or if the petrol engine's spark plugs are covered in too much residue - in which case that engine won't turn on after the battery is depleted.

A Mitsubishi spokesperson says that no accidents or injuries have been reported due to the software glitches.

As a fix, Mitsubishi will re-install new software and also replace spark plugs in the Outlander PHEV.  Mitsubishi figures that the repair should take no longer than 1.5 hours to complete.

Mitsubishi says that a further 1,800 vehicles in Europe could also have a glitch in the battery monitoring unit, but the decision to recall them has not be made yet as they are evaluating the problem

On the bright side for those annoyed at the slow launch of the Outlander PHEV in the United States, it should be a well-oiled machine by the time it arrives!