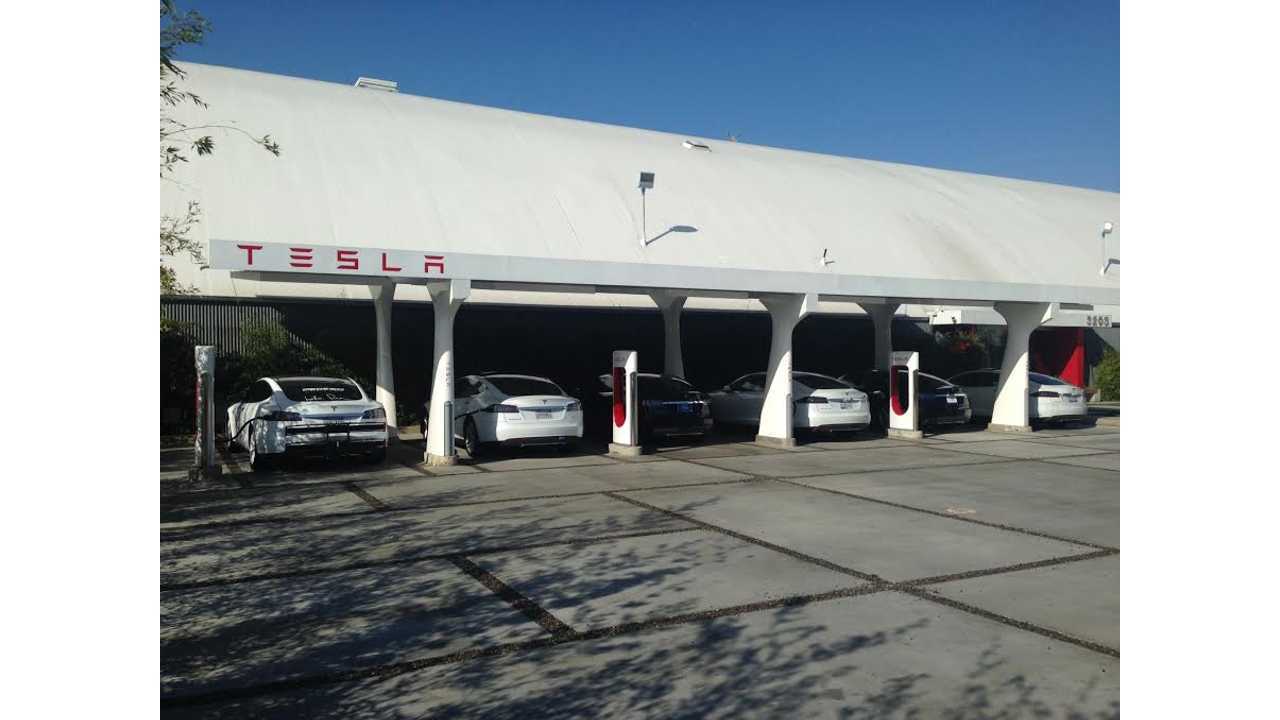 "#WattsUp: Tesla Superchargers have offset more than 500,000 gallons of gas."

That's a whole heck of a lot of offset gas now ain't it?

Tesla Motors lists 84 Superchargers in the US, a number that has been growing steadily, but slowly over the last month or two.

Meanwhile, over in Europe, the Supercharger count still stands at 14.  It's been stuck on that number for several months now.

Of note is that Tesla Motors now seems to prefer the "mobile" Supercharger unit like the one shown here of the Aurora, Illinois Supercharger.  These units are cheaper and easily movable if need be.  The mobile units can be hoisted up by a fork lift.  We don't consider these to be permanent installs, meaning some will be moved to nearby sites in the near future.

Furthermore, these mobile units can be installed more quickly and likely with less regulatory hurdles to jump over.  Perhaps that's why Tesla now opts for "mobile" Superchargers more often than not.