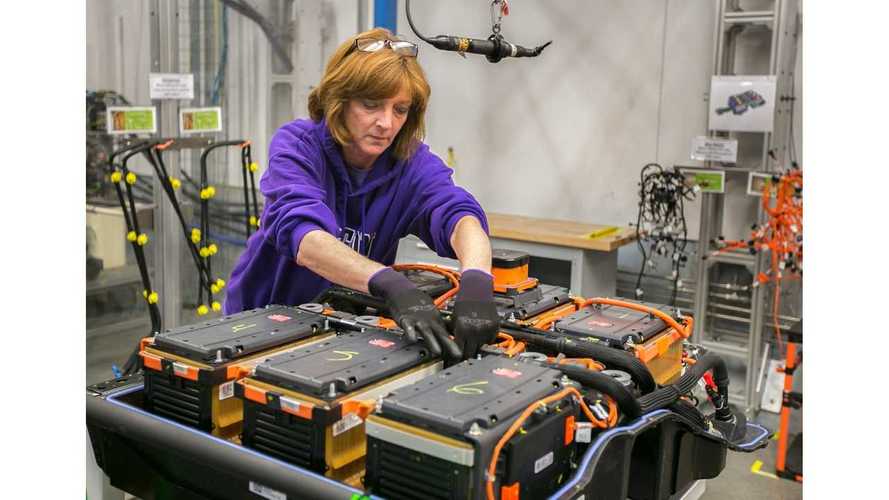 General Motors will bring all its electric vehicle battery building capabilities in-house with production of battery systems for the 2015 Chevrolet Spark EV at its battery assembly plant in Brownstown, Mich.

That's the headline statement from a just-released bit of news from General Motors.

As part of this reshuffling US-based battery maker A123 has been displaced as the battery supplier to the Spark EV, as long time partner LG Chem moves in.

For 2015, the Spark EV battery system is enhanced in several ways.  Per General Motors:

"A newly designed battery system features an overall storage capacity of 19 kWh and uses 192 lithium ion cells. The cells are produced at LG Chem’s plant in Holland, Mich. The battery system weight of 474 lbs. is 86 pounds lighter than the system in the 2014 Spark EV."

Unfortunately, these improvements have no affect on the Spark EV's MPGe or range rating:

"Changes in battery design will not affect the Spark’s MPGe, or gasoline equivalent, performance compared to the 2014 model. Range will remain at an EPA-rated 82 miles and MPGe will remain at 119."

It also should be noticed that while all the specs remain unchanged, the battery pack size has decreased by 2 kWh, from a reported 21 kWh to 19 kWh, meaning that the depth of discharge of the pack has been significantly increased.

(It should be noted GM also likes to 'round off' numbers, the current Spark EV pack is actually 21.4 kWh)

Brownstown battery assembly is where complete battery packs for the Chevrolet Volt, Opel Ampera and Cadillac ELR are manufactured.

General Motors concludes its press release with the following:

Priced at $19,995 with full federal incentives, The Spark EV is one of the most efficient – and affordable – all-electric vehicles available. Currently on sale in California and Oregon, the 2015 Spark EV features segment-leading technology including Siri Eyes Free, 4G LTE and DC Fast Charging.

Brownstown Battery Assembly’s 479,000-square-foot, landfill-free facility south of Detroit produces the lithium-ion battery packs for GM’s extended-range electric vehicles. It started mass production in October 2010 and is the first high-volume manufacturing site in the U.S. operated by a major automaker for automotive lithium-ion battery production. The site was made possible with the help of American Recovery and Reinvestment Act funding through the U.S. Department of Energy.