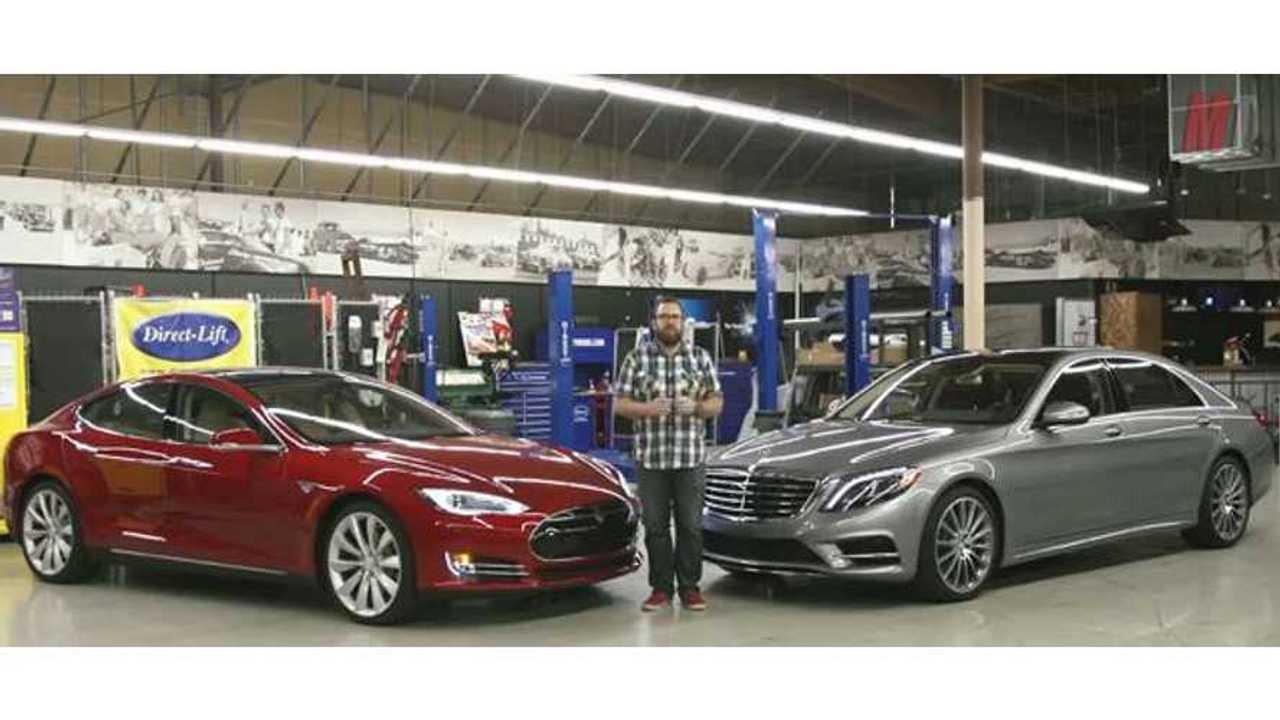 "On this episode of Head 2 Head, the newest luxury heavyweight takes on the reigning champ. The Mercedes-Benz S-Class has ruled the luxury roost since it created the segment decades ago. However, Elon Musk's revolutionary Tesla Model S has single handedly disrupted the established luxury paradigm and has recently outsold the mighty S-Class. What's most amazing is that the Model S doesn't use a drop of gas. The S-Class does, but it rewrites the luxury car playbook in other ways. So which $125K big lux whip is best?"

We know which vehicle we'd pick, but does Motor Trend agree?

"Watch and find out!"