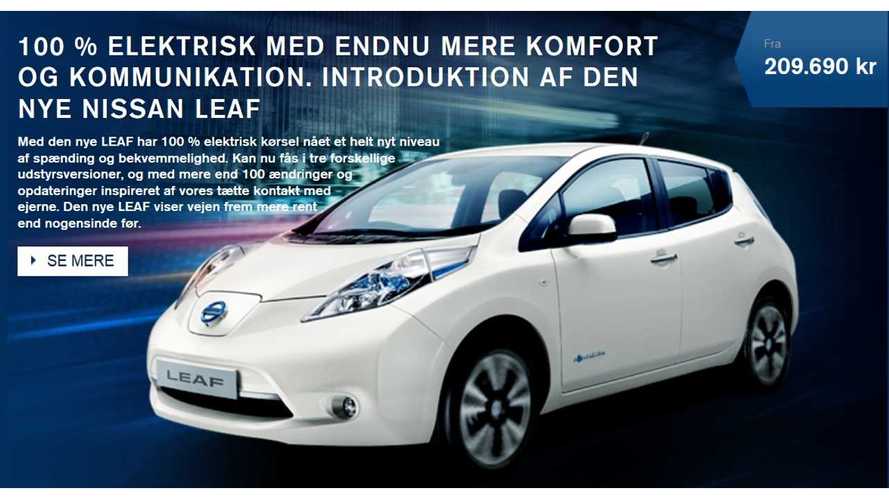 The new high water mark for a single order of electric vehicles has been set - but from just about the last place you would expect it.

Avis out of Denmark has just order 400 Nissan LEAFs to be delivered to their rental fleet.

And while there has been other, much larger past MOUs (memorandum of understanding) such as GE's on-and-off again pledge to buy 25,000 plug-ins over 5 years at unspecific dates and quantities, this is an actual order for 400 units on the spot.

The order is in conjunction with a relatively new project with the DEA (Denmark Energy Association).

However, what really makes this historic buy special is that it happened in Denmark - a place which has been a wasteland of sorts of EV sales, despite having an exemption from the "Grønne afgifter" (Environment Tax) of up to kr 15,000 ($2,300 USD) per year, and the 180% car taxes that are imposed on petrol vehicles.