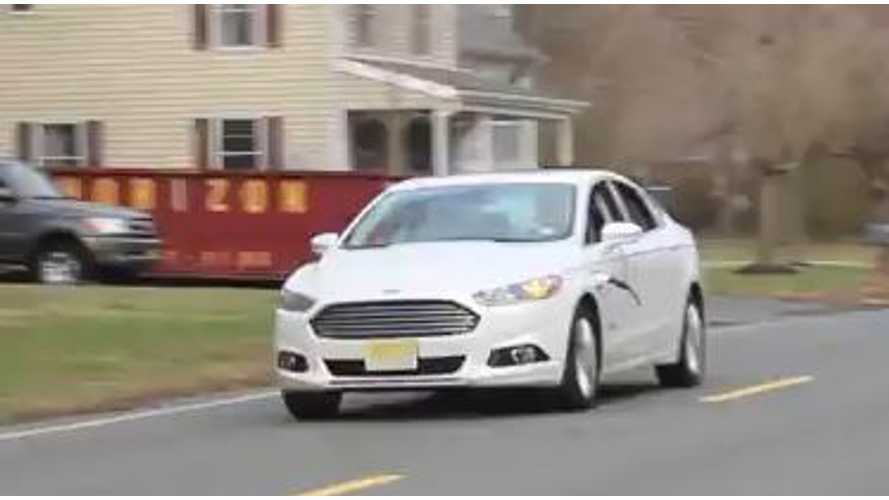 This video was uploaded to YouTube on April 2, 2014...one day after April Fool's Day.

The thought of a Ford Fusion Energi that charges itself to become a perpetual motion machine is clearly meant to be a joke, but still the video is executed to perfection and it may well convince some that this is indeed a possibility.

The creator of this video goes so far as to explain perpetual motion:

"Perpetual motion describes motion that continues indefinitely without any external source of energy. This is impossible in practice because of friction and other sources of energy loss. Furthermore, the term is often used in a stronger sense to describe a perpetual motion machine of the first kind, a "hypothetical machine which, once activated, would continue to function and produce work" indefinitely with no input of energy. There is a scientific consensus that perpetual motion is impossible, as it would violate the first or second law of thermodynamics."

The Screens Don't Lie...Or Do They?

And then even defines the first and second laws of thermodynamics:

"The first law of thermodynamics is a version of the law of conservation of energy, adapted for thermodynamic systems. The law of conservation of energy states that the total energy of an isolated system is constant; energy can be transformed from one form to another, but cannot be created or destroyed. The first law is often formulated by stating that the change in the internal energy of a closed system is equal to the amount of heat supplied to the system, minus the amount of work done by the system on its surroundings. Equivalently, perpetual motion machines of the first kind are impossible."

Does the self-charging Ford Fusion Energi defy the laws of thermodynamics?  Of course not, but for a split second it almost seems believable.

Why not use this video to convince others that perpetual motion machines are possible, provided that they begin by purchasing a plug-in vehicle.