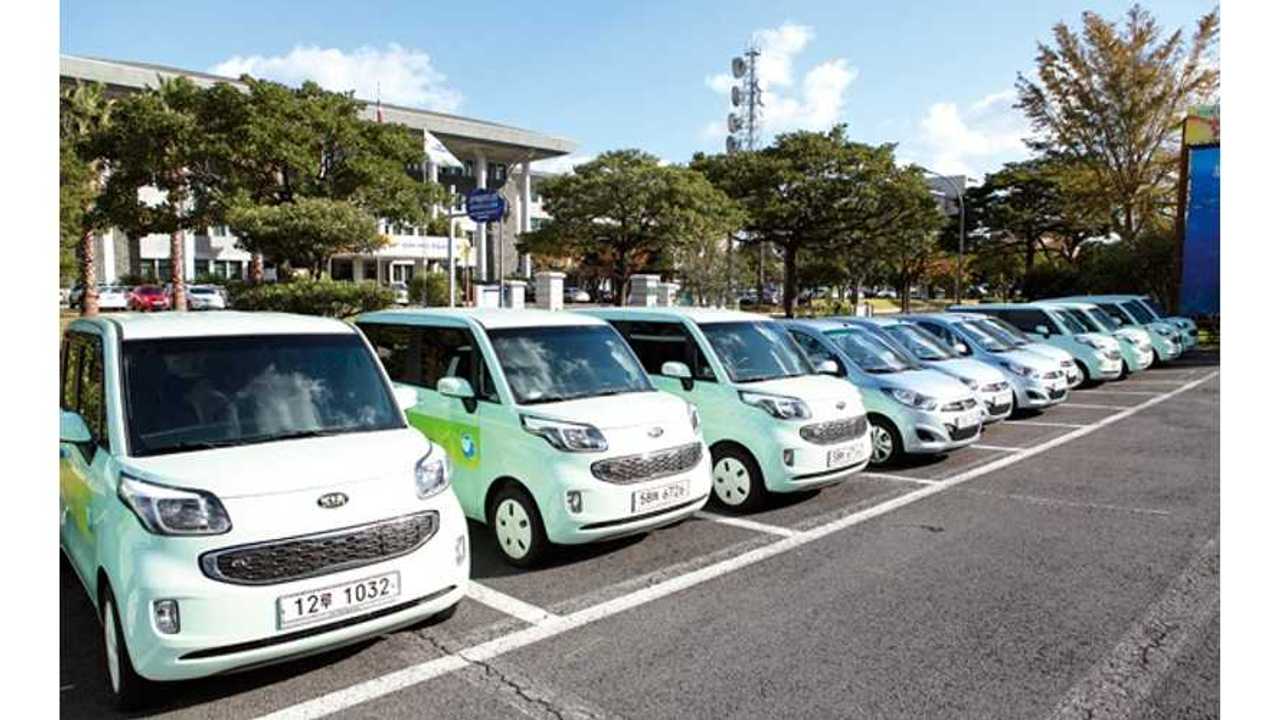 South Korea's Jeju Island has set a goal for itself.  That goal is to become home to only zero emissions vehicles by 2030.  In an effort to reach that goal, a short-term target of having 30% of the Island's vehicle being pure electric by 2020 has been set.

In order to promote electric vehicles, the local government has established a subsidy program in which it holds lotteries and awards a purchase subsidy to those selected in the draw.  In this way, Jeju can limit the amount of subsidies it hands out monthly, so that cash outflow doesn't exceed money available.

In the latest lottery draw, 1,654 residents submitted applications for the purchase subsidy.  226 were selected and awarded the subsidy.

"There was high competition in the latest provincial draw for electric vehicles (EVs) held on April 14 at Seolmundae Cultural Center, Jeju City. 1,654 applications, 7.3 for every car, were received between March 15-28 for the 226 subsidized EVs available."

"People of national merit, the disabled and multi-child families were prioritized for the draw and three applications were received for every EV, with 91 available in this category. In the non-prioritized group, competition was as high as 10.5 applicants for every one of the 135 available vehicles."

"Applications were limited to one per household or business and the model distributed depended on popularity, with the KIA Soul attracting 36 percent of applications, SM3 Z.E. 31 percent, and the BMW i3 15 percent. The vehicles distributed were:

Jeju Island is currently home to 350 electric vehicles.  The Island has some 300,000 automobiles.  By 2030, the total number of automobiles is expected to rise to 370,000, of which all will be electric if Jeju hits its zero-emissions-by-2030 target.

As for that subsidy, Jeju provides a substantial $21,800 USD towards the purchase of a pure electric vehicle.  Basically, that's the highest subsidy amount in the world.