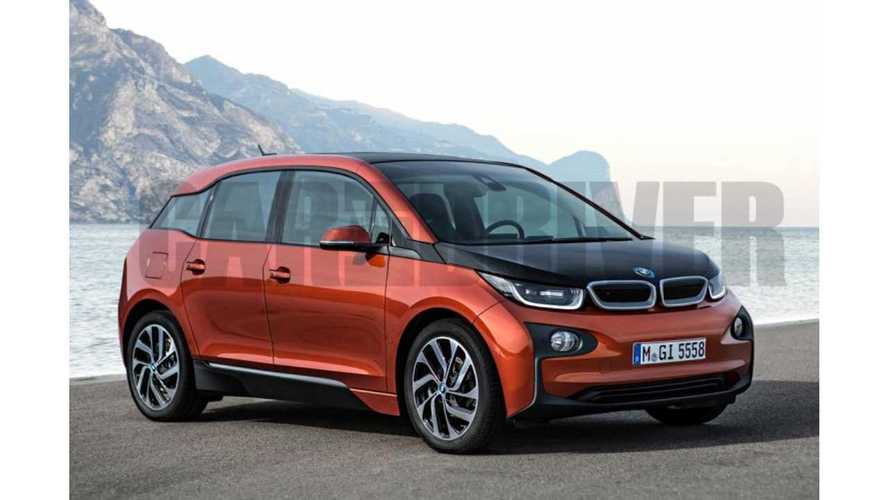 Car and Driver has taken a shot at rendering and speculating on the upcoming BMW i5.

The render, which clearly resembles a stretched BMW i3 with the addition of two real rear doors, is not at all accurate.

The production i5 will clearly break from the polarizing looks of the i3 so that it appeals to a more mainstream group of buyers.

Though the rendering is way off the mark, what Car and Driver speculates in regards to the actual vehicle seems reasonably in line with our expectations:

"It will be sold in the most important global markets, at a price competitive with the entry-level versions of the Tesla Model S..."

"Platform: The i5 will share a lot of components with the i3, which itself can be interpreted as a tall, if short, wagon. The interior will be flexible, allowing up to five people to travel in comfort, and luggage space will be generous. Critically, BMW is making room in the i5 for a larger lithium-ion battery pack than in the i3..."

"Powertrains: Power will come from BMW's permanent-magnet AC synchronous electric motor, likely to be rated at 170 horsepower, which will power the rear axle through a single-speed transmission. The i5 will be offered with an optional range-extender, possibly a 1.5-liter three-cylinder from BMW's new, modular engine family."

"Estimated Arrival and Price: The BMW i5 could be launched in 2016 as a 2017 model. It will cost around $50K, with available telematics options and a range extender bringing the price close to $60K."

Car and Driver suggests that the BMW i5 could have an electric range of up to 200 miles, but we purposely omitted that in this article as it's seems highly unlikely BMW will deliver a 200-mile BEV, especially since the i3 was once promised to deliver over 100 miles of electric range, but has since been EPA rated at only 81 miles.