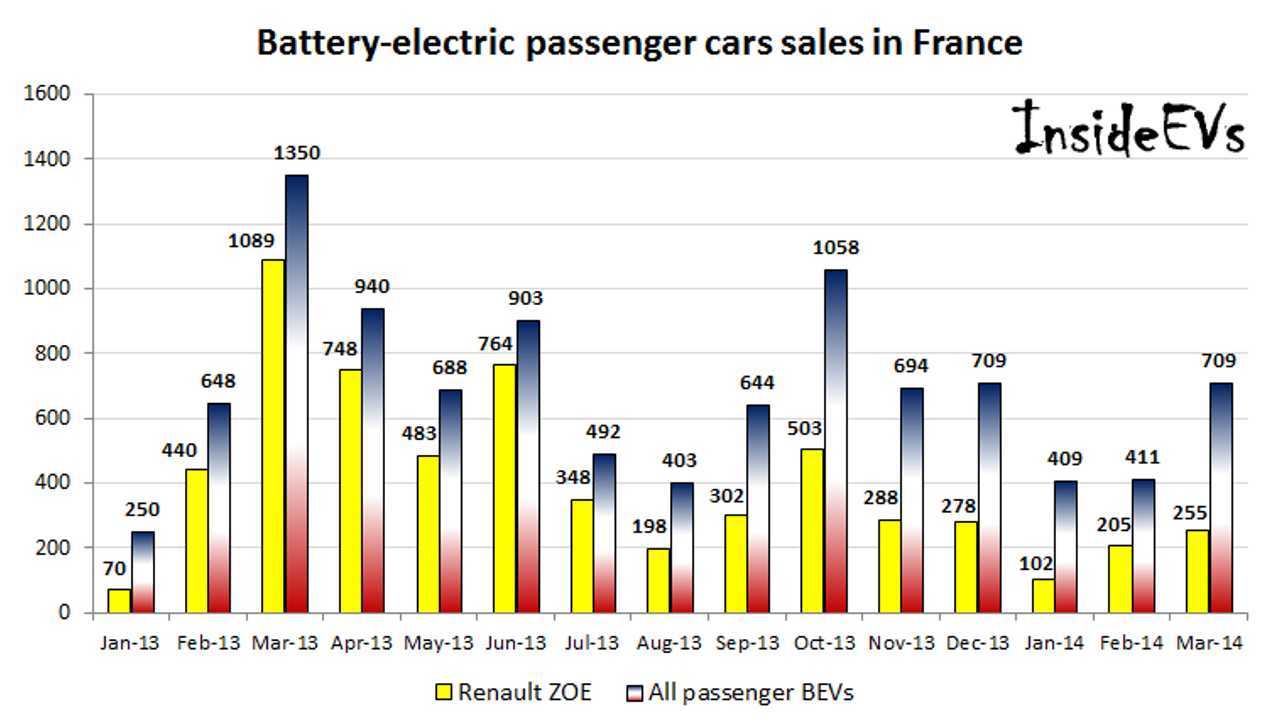 Another month passes us by and France is now back above the level of 1,000 new EV registrations in March.

This result is significantly lower than March 2013 due to Renault ZOE's spike in 2013, but such results give us hope for growth in subsequent months.

Bollore, as announced, increased the number of Bluecars in Paris Autolib and here we are - second place with 193 new registrations.

Nissan LEAF landed in third place with a solid 146. The rest of the pack is far far away from the podium.