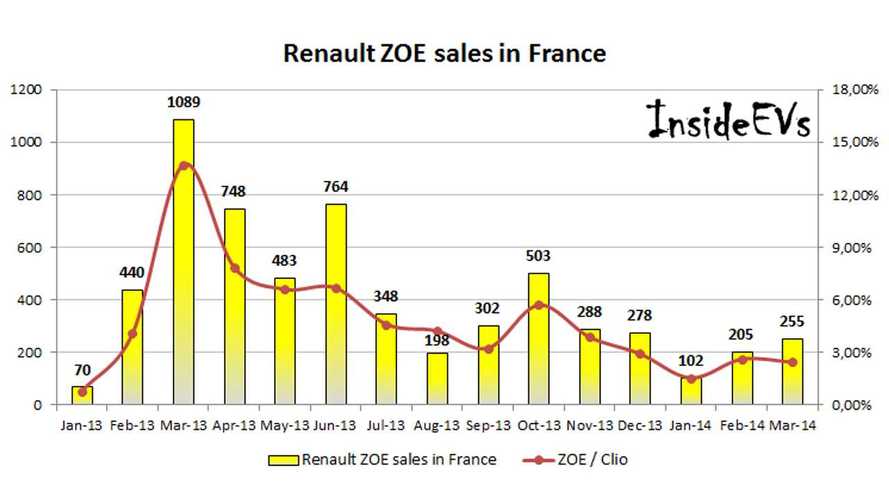 Renault's flagship electric car - the ZOE - had just 255 registrations in France last month, which is extremely low compared to March 2013 when 1,089 were delivered at the peak of launch.

ZOE is recovering slowly from hitting rock bottom in January, increasing from 102 to 205 and now 255.

Hopefully, sales of ZOE will grow further to at least a few hundred units a month in France alone.

The new thing that we would like to share is a comparison of Renault ZOE sales and the comparably sized Renault Clio IV, introduced slightly earlier as Clio IV. For the last 15-months, Clio is selling in France at level of approximately 8,500 units per month on average.

We can see this on the graph (red dot and corresponding % shown on far right) as ZOE / Clio share in percent.

After several solid months, ZOE fell to ~ 2.5%, which means that consumers in France are buying 2-3 ZOEs per 100 Clios. It seems that to attract more people to electric cars Renault's offer must be more attractive.