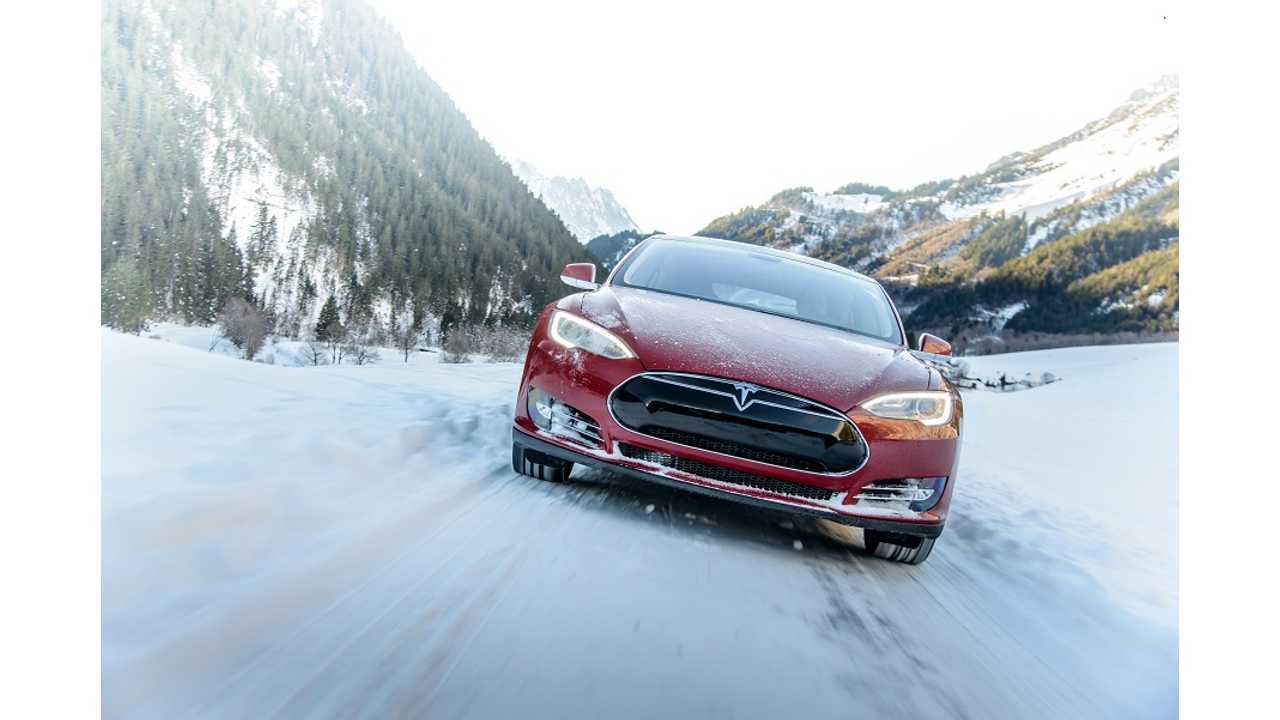 We already know that the Tesla Model S is best selling car in Norway regardless of drivetrain type, not only in March but also through the first three months of 2014. 1,493 registrations gave Tesla a new all-time record for one-month sales - above the 1,454 Ford Sierras sold in one month back in 1986!

The Tesla Model S accelerated Norway's EV market to new highs. 2,813 new electric passenger cars were registered last month in Norway, so 53% were Teslas. This further mean that 20.3% of the 13,861 newly registered vehicles were EVs! No country has ever reached such a level for pure electric cars (although Netherlands had one month comparably high for PHEVs).

Tesla Model S had 10.8% market share in March (and 5.6% for Q1), Nissan LEAF had 425 new registrations and 3.1% market share (4.3% in Q1). Weaker sales of LEAF than ICE VW Golf led LEAF to drop to third place in overall standings for best selling cars, but the difference between 2nd and 3rd is thin.

Other EVs are well out of the mainstream sales area, but Renault ZOE with first 16 registrations probably will join the top four soon.

Number of EV registrations in Norway (credit to Norsk Elbilforening)

Together with electric vans, used imported EVs and plug-in hybrids, the total number of registrations in Norway is even higher and easily exceeded 3,000 units in March: