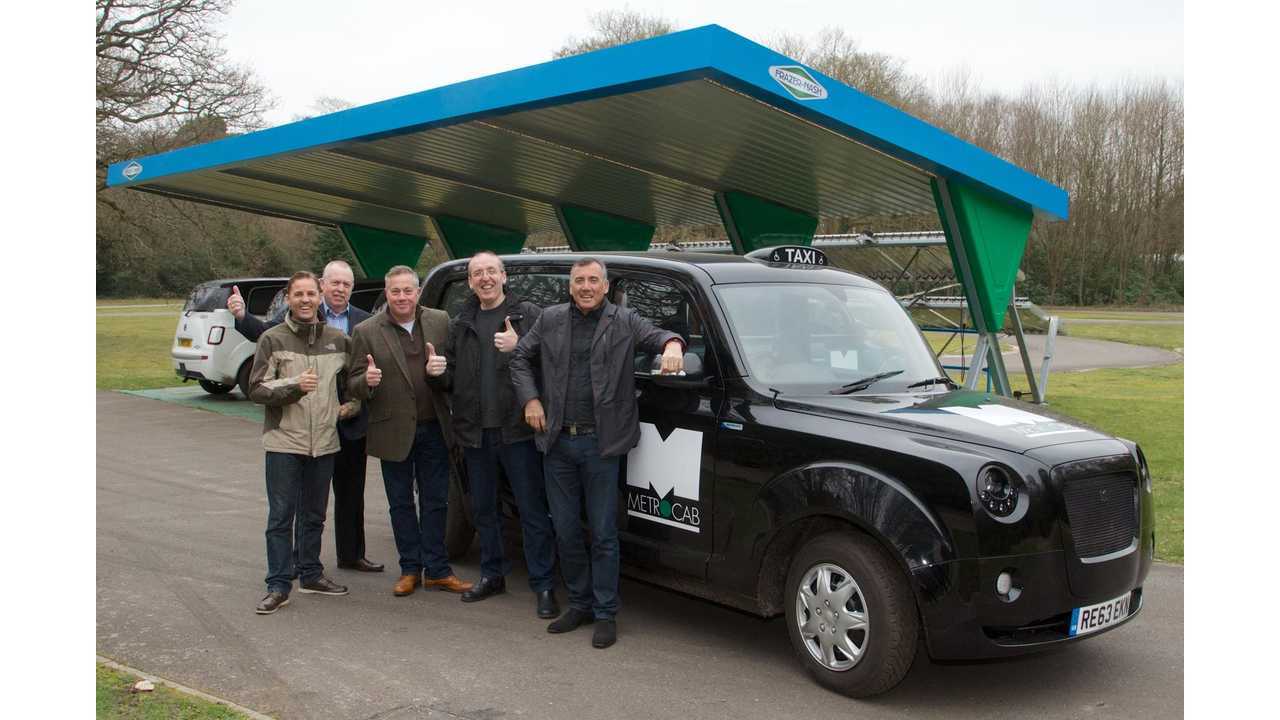 A whole bunch of Metrocab were available and according to the press release, drivers were left impressed by the Metrocab’s power delivery, ride quality and handling prowess. Production versions will be trialed in London during summer 2014.

The Metrocab’s REE technology delivers a range of 560km, typically saving a London taxi driver £20-£40 per day based on the average day and night duty cycle in the capital.

“Our members drove it today and everyone said they were impressed, amazingly impressed. I think the Metrocab gives the cab trade in London a great new future.”

“could be a game changer.”

“It’s a smooth, quiet, electric vehicle. I’m a great fan of them and I think they are the future. Not just because of the emissions and environment but the silence. The worst thing about sitting in London traffic is sitting alongside noisy buses and diesel cars.”

“It’s superb, an absolutely beautiful machine and a masterpiece of British engineering. I have just driven it and it’s totally silent. It’s the Rolls Royce of taxis and it will do 100mpg.”

“It has been an extremely useful exercise for Metrocab to gain feedback from key figures from London’s leading taxi associations and Mayor Boris Johnson.  Taxi drivers spend anywhere between eight to ten hours per day behind the wheel, so these are the people that really matter and their comments will help shape our development programme which will see the first new Metrocabs take to the streets of London this summer.”