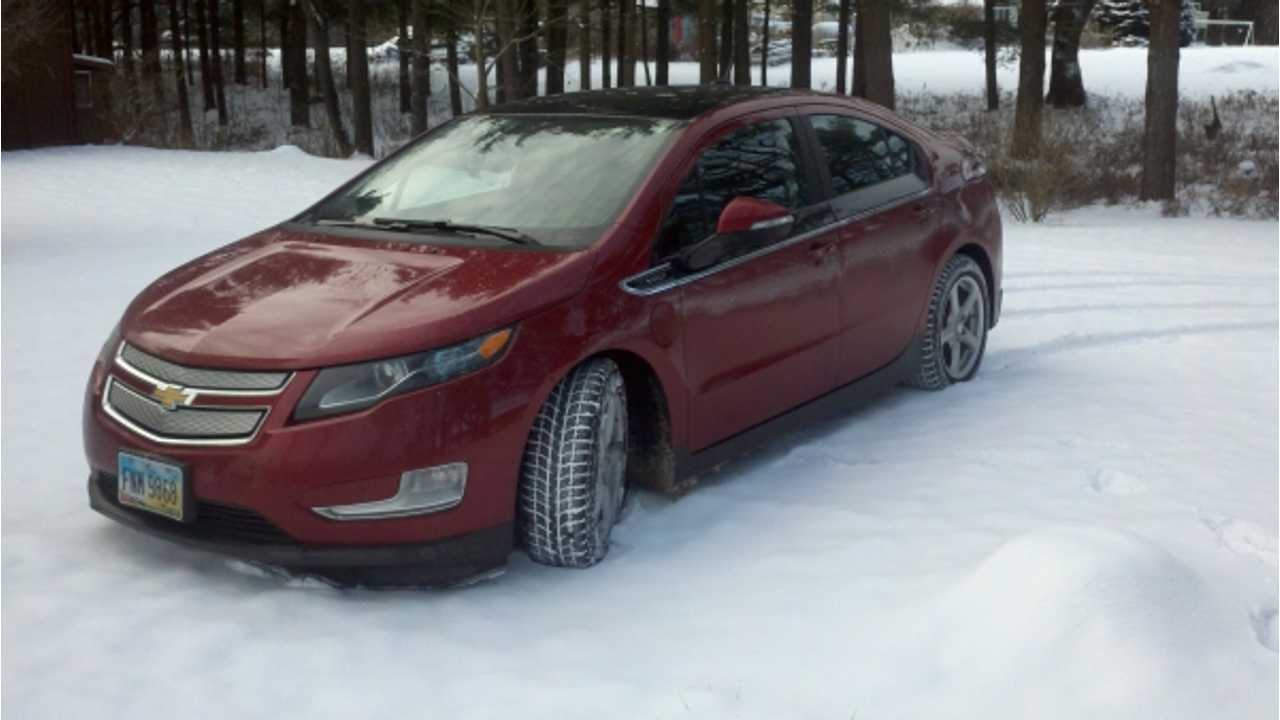 Yes, that’s right. There exists a two-year-old (Happy Birthday to Volt!) Chevy Volt with more than 146,000 miles on it, of which 52,734-plus miles were done on electricity.

As Belmer previously told InsideEVs, the Volt was purchased on March 28, 2012. Since then, it’s seen a daily commute of ~240 miles there and back, with a single longest trip of 430 miles in a day.

Belmer comments that even with 146,000 miles on the odometer, the Volt still provides him with 40 miles of electric-only range on a daily basis, a bit less during the cold Ohio winters.

At 146,000-plus miles, Belmer's love affair with his Chevy Volt is as strong as ever.

What’s not to love when oil changes come every 37,000 miles and tire rotations every 10,000 miles. That’s basically all the maintenance that’s been required on Belmer’s Volt, aside from a right front wheel bearing being replaced.

“This is the first car I’ve purchased that I truly feel I got more vehicle than I paid for!”

To the best of our knowledge, Belmer's Chevy Volt has the highest mileage of any Volt out in the wild, yet its battery remains strong and its mechanicals in perfect working order.