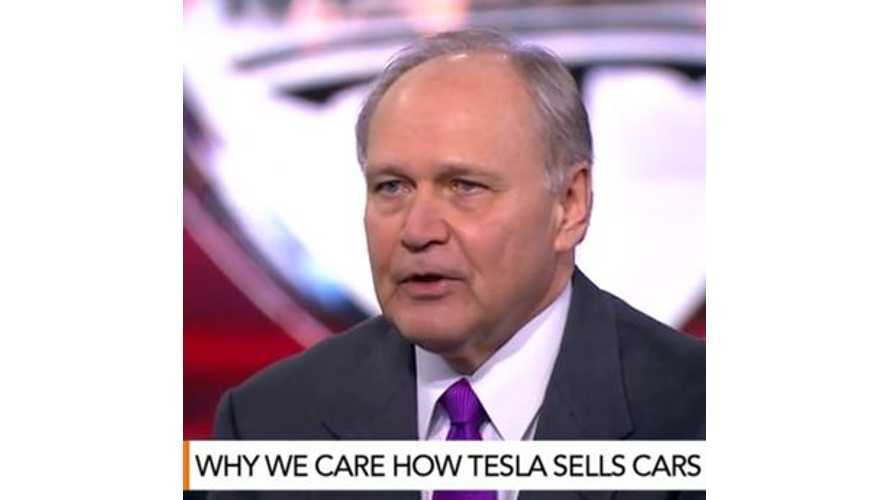 "Former Chairman and CEO of Chrysler Robert Nardelli discusses the auto business and his outlook for Tesla on Bloomberg Television's "In The Loop."

Nardelli, if you recall, served in a similar capacity at The Home Depot from December 2000 to January 2007.

Prior to that, Nardelli held one of the top spots at General Electric.

Nardelli has the distinction of being named one of the "Worst American CEOs of All Time" by CNBC.  Probably not a distinction Nardelli is fond of.

On the flip side is Tesla CEO Elon Musk who has won basically every positive award/title possible for American CEOs.

This ought to be interesting.