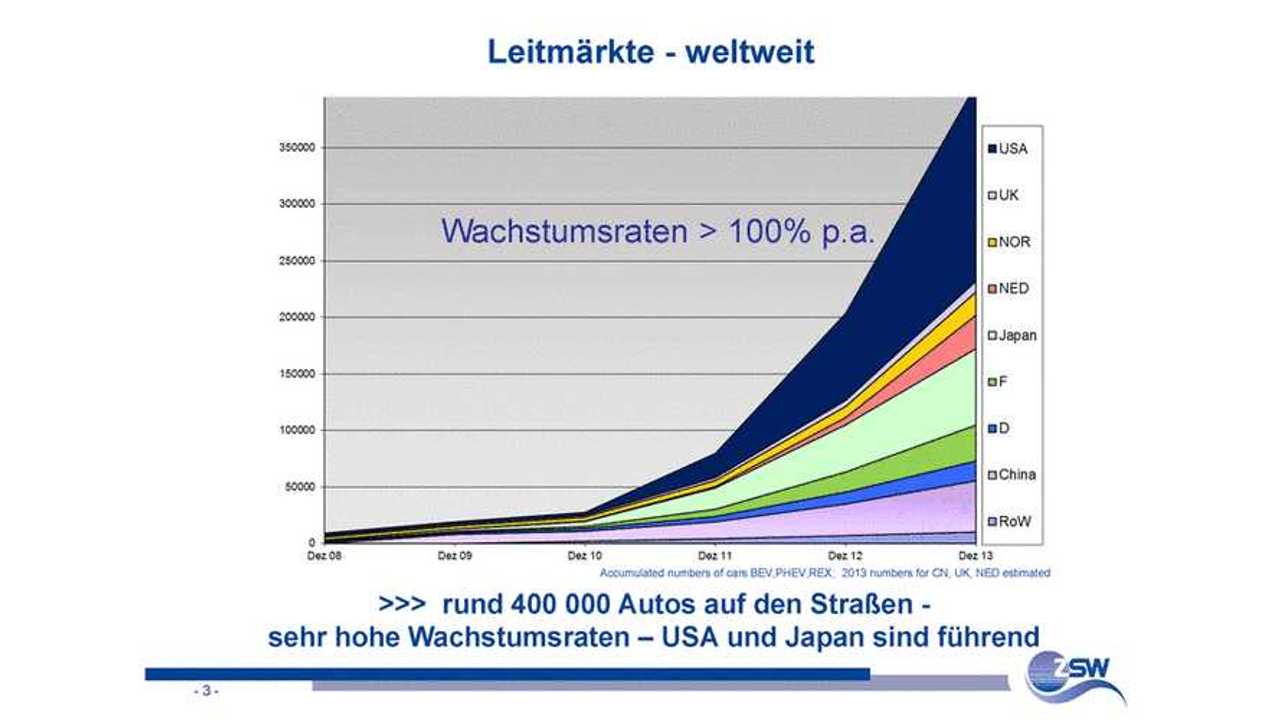 That's according to an analysis by Zentrums für Sonnenenergie- und Wasserstoff-Forschung Baden-Württemberg (ZSW) in Germany.

Officially, ZSW pegs the number of plug-in electric vehicles on roads at 405,000 in the beginning of this year.

When will we crest 1 million?  According to ZSW, that will happen in early 2016.  The race to 1 million is on.

It's worth pointing out that none of the figures provided by ZSW included plug-in electric motorcycles, trucks or buses.