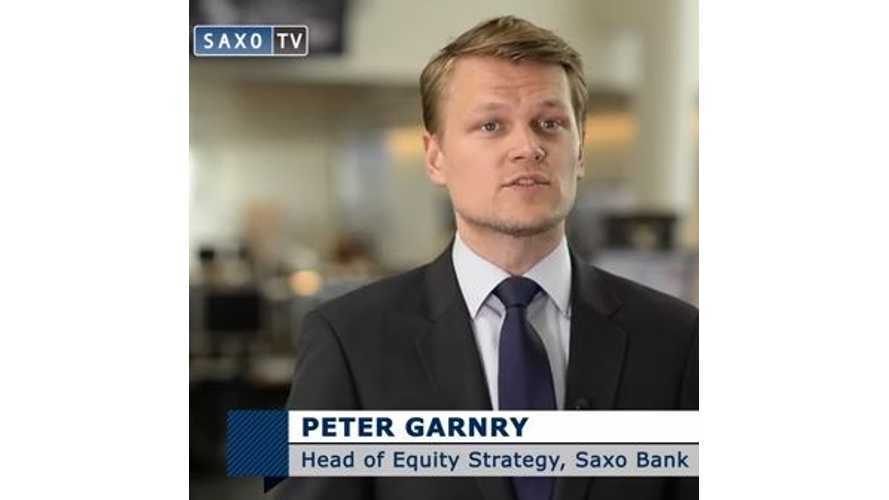 Shortly after Tesla Motors announced its Q1 2014 earnings, Saxo Bank released this video, along with the description below:

"Tesla Motors appears, at least temporarily, to be out of favour. Its shares are down 17% in four days. However, this is a stock that's risen by more than 250 percent in a year. So what's going on?  Peter Garnry, Saxo Bank's Head of Equity Strategy, says there are a number of reasons for the disappointing performance. He says there are supply constraints and the quarter didn't reflect sales from China. However, he still feels confident about Tesla's future. Tesla's new 'giga-factory', in association with Panasonic, could be revolutionary, according to Peter. It will enable Tesla to compete more effectively on cost. He also points to their earnings' potential."

But is the spark gone from Tesla Motors?  According to Garnry, the answer is no.  The spark might have temporarily vanished, but long-term, Tesla's still a winner.  As Ganry says, Tesla's  technology is so disruptive that even he's tempted to buy shares at this still-high level.