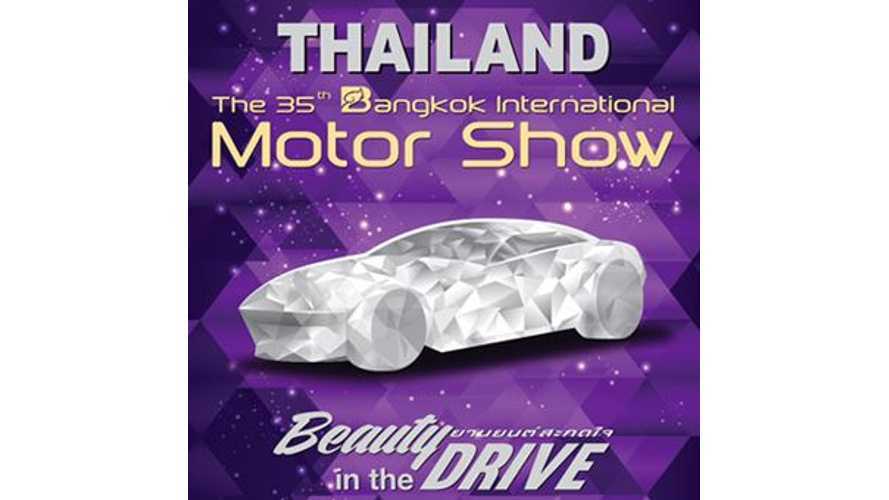 The BMW i8 made its Thailand debut at the recent Bangkok Motor Show 2014.

Why's this of interest to us in the US?  Well, BMW is showing both the BMW i3 and BMW i8 at auto shows around the globe, which to us indicates that the German automaker is serious when it comes to plug-in vehicles.

Neither the i3 nor the i8 can be considered compliance vehicles, especially when both will be offered in dozens of countries around the globe.

It seems to us that BMW will become the first automaker to challenge the reach of the Nissan LEAF.  By this, we mean that perhaps someday the BMW i3 will be available in more countries than the Nissan LEAF, which is currently the most widely available plug-in vehicle in the world.

The LEAF is not challenged by even the Tesla Model S in this regard, though we must admit that Tesla's entry into China shows that Tesla is trying to make its Model S as globally available as possible.

There's only one other automaker who we see competing with Nissan in relation to plug-in vehicle availability around the globe.  That's Volkswagen, who has committed to making the e-Up! available throughout Europe and the e-Golf available in nearly every country in which LEAF sales occur today (minus Japan and a few other low-sales countries).