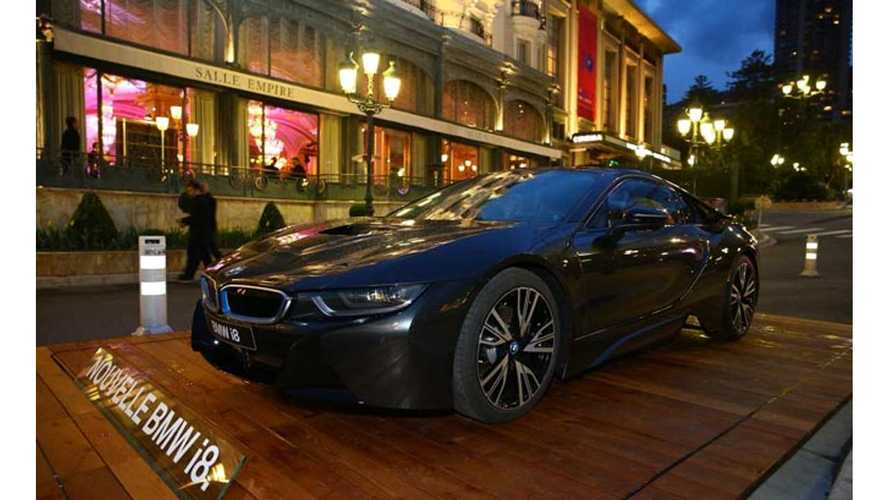 "BMW i attends the Energy Efficiency Forum 2014. In the spotlight: The BMW i3 and BMW i8 as visionary mobility solutions for a sustainable future."

Reads the headline from the press release put out by BMW in relation to the i3 and i8 being stars at the Energy Efficiency Forum 2014.

"Under the theme of “Energy efficiency and its contribution to sustainable economic growth”, the Prince Albert II of Monaco Foundation, Johnson Controls and The Climate Group held the fourth Euro-Mediterranean Energy Efficiency Forum (EEF) on 24 and 25 March 2014. The forum was launched in 2009 by the Prince Albert II of Monaco Foundation and Johnson Controls, to be joined in 2010 by its third partner, The Climate Group. The Euro-Mediterranean event takes its lead from the well-known Energy Efficiency Forum North America, which has been held annually in the USA since 1990."

"At this year’s EEF event in Monaco, decision-makers from politics, business and society demonstrated options and opportunities for securing a sustainable future for the environment and the economy. The organisers invited BMW i executives as guest speakers to apprise the forum of forward-looking mobility solutions by the BMW Group."

There's your overview of what the EEF is, now let's move on to the plug-in BMWs in attendance.

"The evening began with a cocktail reception in the palace, for which a fleet of BMW i3 cars provided the shuttle service for guests. HSH Prince Albert II of Monaco took the opportunity to join Dr Nicolas Peter, Head of Sales Region Europe BMW Group, in driving the sporty BMW i8 plug-in hybrid to the Hôtel de Paris: “I was thrilled about the opportunity to get behind the wheel of the BMW i8. In Monaco we support the driving of low emission vehicles and I hope that we will see more of these cars on our roads,” commented the ruling prince."

Monaco is a world leader in zero-emissions mobility and Prince Albert is a strong supporter of plug-in vehicles.  We wouldn't be at all surprised if he purchases a BMW i8 soon.  We further suspect that the i3 will be popular in Monaco, so there's a reason BMW brought its pair of "i"s there.