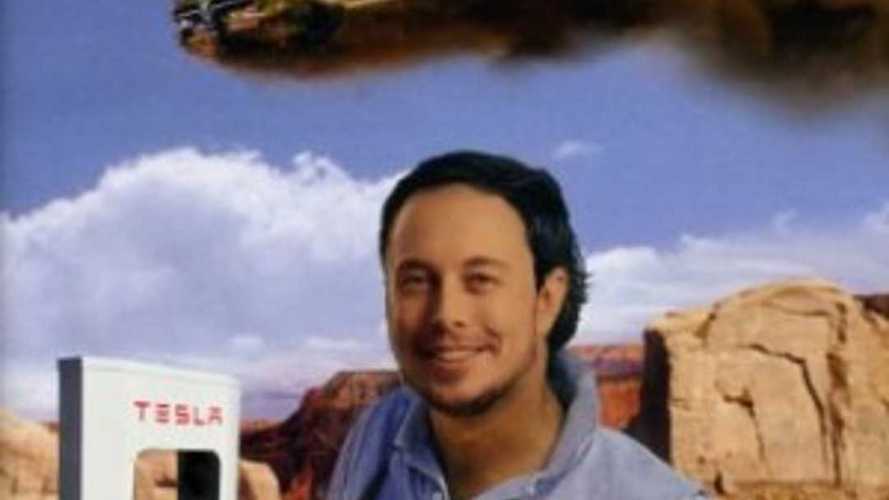 Talulah Riley Tweets Yesterday That The Road Trip Has Begun

On Sunday, Talulah Riley, tweeted that the "Great American (Electric) Road-trip" had begun.

Of course, Riley is referring to the epic coast-to-coast family road trip that Tesla CEO Elon Musk had discussed on several occasions in the past.

*UPDATE: And now that the 'cat is out of the bag', Elon Musk himself is now Tweeting updates and photos from the family road trip.  (You can follow his tweets in real time on his twitter account here)

Most recently (2 months ago), Elon Musk took to the Twitter airwaves to reveal that his National Lampoon’s-style family trek across the nation in a Model S was scheduled to take place during “Spring Break.”

“Spring Break” typically falls sometime between mid-March and mid-April, which means now's the time for that trip to take place.

Musk’s adventure will undoubtedly be exciting to follow (), as family road trips almost always are.  We wonder if Musk has the whole family along for this trip, thus utilizing all 7 seats in the Model S.

Per previous Tweets from Musk, we expect the 6-day, 3,200-mile journey to be accomplished with only 9 hours spent charging.

Here’s a look back at the Tweets posted by Musk on the road trip topic over the last 6 or so months:

Musk Sets Spring Break as the Date For the Epic Trip

For those who aren't familiar with Talulah Riley, here's a Wikipedia excerpt:

Talulah Jane Riley-Milburn (born 26 September 1985) is an English actress whose films include Pride and Prejudice, St Trinian's, The Boat That Rocked and St. Trinian's 2: The Legend of Fritton's Gold.

Talulah Riley-Milburn was born in Hertfordshire, the only child of Una Riley, founder of a security systems company and a PR company, and Doug Milburn, formerly head of the National Crime Squad. Her father now works as a screen writer and has written episodes of Silent Witness, Prime Suspect and The Bill. She attended Cheltenham Ladies College, Berkhamsted Collegiate School and Haberdashers' Aske's School for Girls. While acting in London, Riley studied mathematics, physics and economics at the Open University.

In 2010 Riley married billionaire entrepreneur Elon Musk, CEO of SpaceX and Tesla Motors at Dornoch Cathedral in Scotland. In January 2012, it was reported that the couple was seeking a divorce She settled for $4.2 million out of Elon Musk's reported $2 billion net worth at the time. However, in a 60 Minutes interview on 30 March 2014 with CBS journalist Scott Pelley, she and Elon Musk are still happily together in their marriage with Elon's five children from his first marriage with Justine Musk