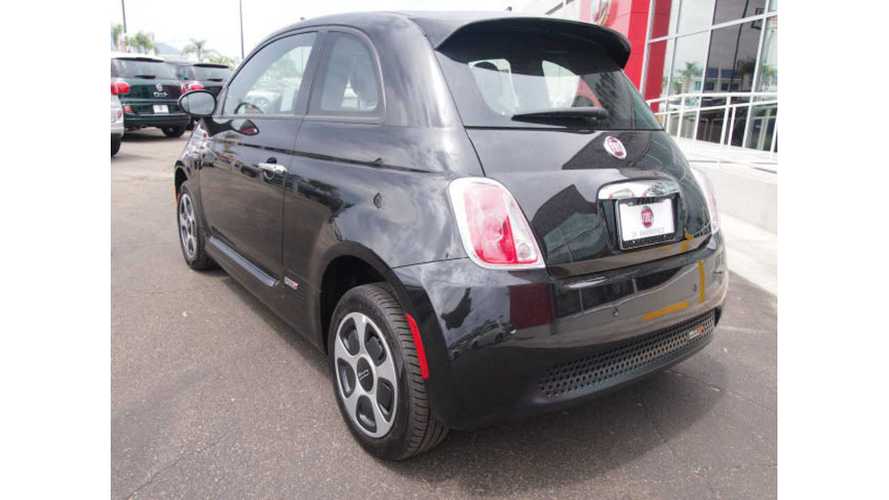 All Fiat 500es produced before April 4th, 2014 Have Been Recalled

The Chrysler Group announced a recall on all 2013-2015 Fiat 500e electric cars due to a fault in the PIM (power inverter module) that alters electric current to accommodate battery-powered propulsion.

The recall affects 4,151 cars and was discover during routine warranty data review.

That review prompted an investigation, "during which Chrysler Group engineers discovered a PIM defect that may, over time, seep coolant onto electrical components, causing a short-circuit leading to power loss."

No accidents or injuries have been reported due to the flaw, but Chrysler says they are aware of the incident occurring at least five times.

As a fix, Chrysler will be replacing PIMs in all customer and inventoried models built through April 4, 2014.

"Affected customers, all of whom are in the U.S., will be contacted directly and advised when they may schedule service. Associated costs will be borne by the Company.

Fiat 500e From The Inside

This is the second major recall of the Fiat 500e, as the first 491 produced suffered a fairly serious deficiency in the car's half shafts.

With an estimated 3,000 of these units in the public's hands, and having only gotten accurate sales data on the Fiat 500e for the past two months, it would seem earlier estimates for the EV's first 8 months on the market were about 1,900 units light.

Thankfully (and dispite Chrysler's stubbornness to report 500e sales) this means we now have a very accurate gauge for the Fiat 500e's current and historical sales; which were quiet a bit higher than earlier thought.