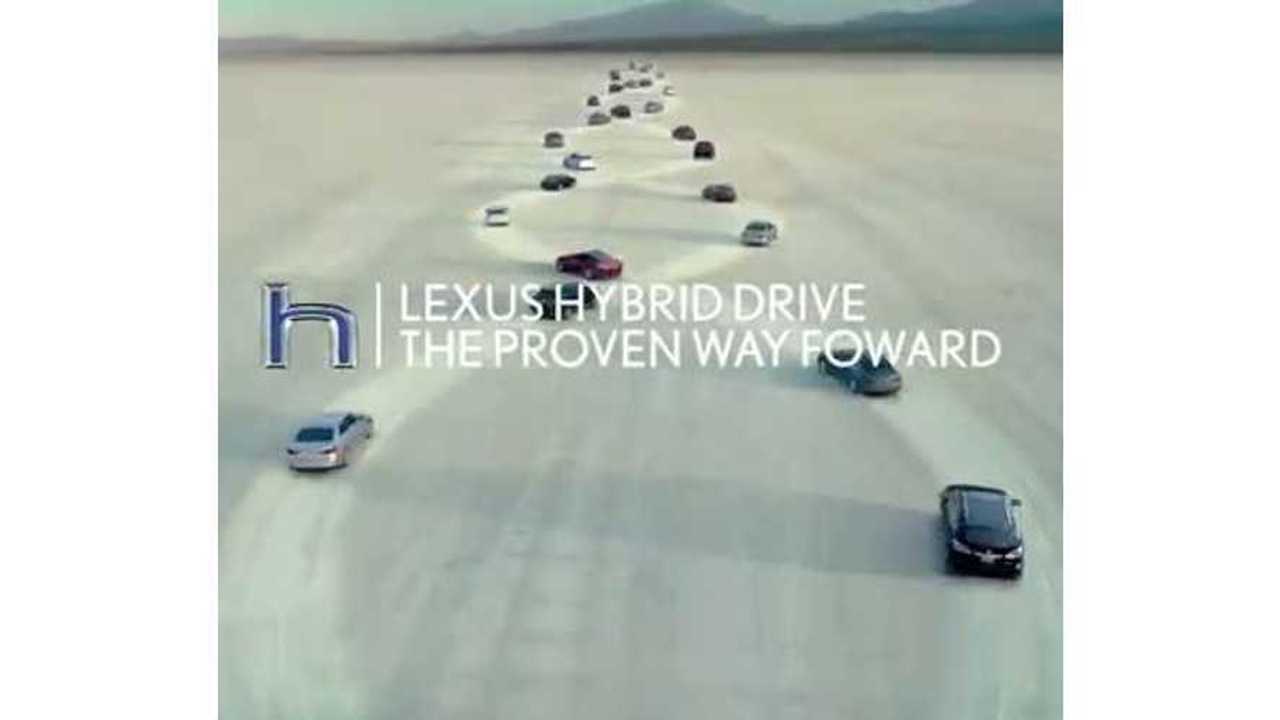 Remember way back when we aired that Lexus hybrid drive video in which the automaker took cheap shots at plug-in vehicles?

Well, the Lexus commercial was met with such criticism that Lexus pulled the video (see YouTube video below for proof it no longer exists.  That video is followed by one more that a YouTuber smartly downloaded and uploadeed knowing that it would be pulled soon), but not before electric vehicle advocacy group Plug In America released this statement:

"Hey, Toyota, the 1990s called. They want their outdated anti-EV attack ad back. Plug-in electric vehicles charge while you're sleeping at home, far more convenient than making a trip to a gas station and coming away smelling like carcinogens. Driving on electricity costs about one fifth what it costs to drive the average gas car and about a third what it costs to drive the most efficient hybrid. An electric drive has smooth, instant acceleration which can't be matched by any gasoline engine. If you don't believe me, just ask anyone driving a Toyota RAV4 EV."

Lexus got ripped to shreds for attacking electric vehicles, but when you look upon the Lexus pitchline, we got a real chuckle.  Near the end of the video, you'll see this "Lexus Hybrid Drive The Proven Way Foward" (screen capped in the image above).  We looked far and wide for a definition for "foward" and came up with only one: the opposite of forward, only as applied to automobiles.  If, for example, one powertrain is pitched as being "The Proven Way Foward," then by definition of foward, the actual meaning of the statement is "The Proven Way Backward."