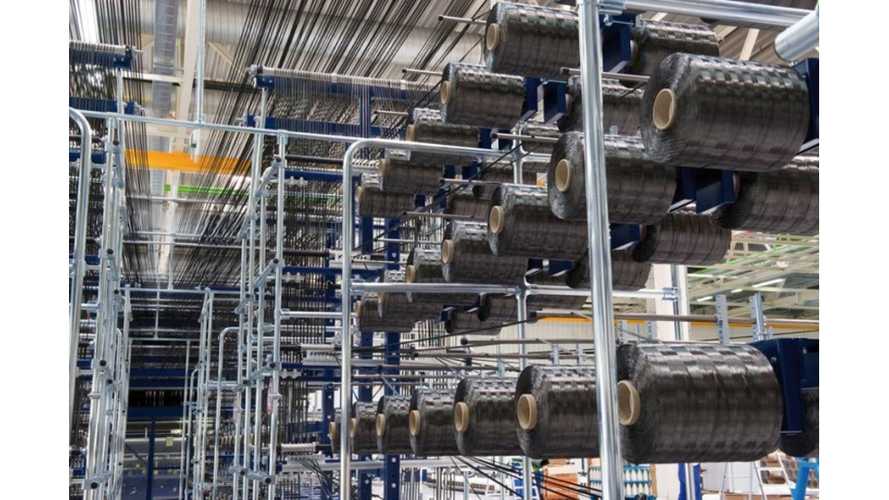 BMW, together with joint venture partner SGL Automotive Carbon Fibers, has announced that due to unexpectedly high demand for the BMW i3 and BMW i8, production of carbon fiber at SGL's facility in Moses Lake, Washington will be tripled.

Here are some highlights from the announcement:

The task of equipping the facility for the tripling of production should be completed by early 2015.

It should be noted that not all of the carbon fiber produced in Moses Lake will be for the i3 and i8.  BMW notes that its M line used carbon fiber for minor components such as hoods and says that the upcoming BMW 7 Series will make extensive use of carbon fiber.

Of interest too is this statement from BMW:

"At present, the Moses Lake plant operates two production lines, exclusively for BMW i, with an annual output of approx. 3,000 tons of carbon fiber. Already this summer, SGL Automotive Carbon Fibers will commission a third and fourth production line in Moses Lake, which are currently being built, thus doubling the plant’s capacity to 6,000 tons per year. Today’s groundbreaking ceremony for a fifth and sixth production line has been the first step toward tripling capacities to 9,000 tons annually in the medium term. The energy needed for the carbon fiber production is fully generated from hydropower."

Munich / Wiesbaden / Moses Lake. Due to the high demand for carbon fiber in automotive production,  is going to triple the capacity of the carbon fiber plant in Moses Lake, WA (USA). This has been announced today by the joint venture partners, SGL Group and BMW Group, at the groundbreaking ceremony for the planned site expansion. The expansion will be funded by an investment of 200 million US dollars, in addition to the previously invested 100 million US dollars. The site expansion, scheduled to be completed by early 2015, will make the plant in Moses Lake the world’s largest carbon fiber plant. With the anticipated creation of 120 new jobs, the headcount at the joint venture in Moses Lake is going to rise from currently 80 to about 200 people. Due to the automated production processes, the expansion of the site in Moses Lake will make it possible for the BMW Group to apply carbon fiber material also in other model series in the future, at competitive costs and in large quantities.

At present, the Moses Lake plant operates two production lines, exclusively for BMW i, with an annual output of approx. 3,000 tons of carbon fiber. Already this summer, SGL Automotive Carbon Fibers will commission a third and fourth production line in Moses Lake, which are currently being built, thus doubling the plant’s capacity to 6,000 tons per year. Today’s groundbreaking ceremony for a fifth and sixth production line has been the first step toward tripling capacities to 9,000 tons annually in the medium term. The energy needed for the carbon fiber production is fully generated from hydropower.

“With its highly automated carbon fiber production and stringent quality standards, Moses Lake is setting new standards in the industry. At present, the site is the world’s fastest growing carbon fiber producer. Together with the BMW Group, we are doing pioneering work to establish CFRP as a material in large-series automotive production. In a mix of materials, CFRP offers new opportunities in lightweight construction for an eco-friendly mobility,” explained Dr. Jürgen Köhler, CEO of SGL Group.

Dr. Klaus Draeger, Board Member Purchasing and Supplier Network at BMW AG: “CFRP is a key material for the automotive industry of the 21st century. In our endeavor to identify increasingly lightweight materials in order to reduce a vehicle’s weight and thus its fuel consumption and carbon emissions, this material plays a crucial role. As part of an intelligent mix of materials, we will apply carbon also beyond our BMW i and BMW M models in the future. Thanks to the pooling of the SGL Group’s expertise and our knowledge in large-series production of CFRP components, we will be able to produce the ultra-lightweight high-tech material also for other model series, at competitive costs and in large quantities.”

The carbon fiber plant in Moses Lake is a key element in the strategy pursued by the two companies, which anticipates the industrialized large-series production of carbon fiber reinforced plastics (CFRP) for the application in future vehicle concepts. Up to now, carbon fiber produced in Moses Lake is exclusively used for the BMW i models. Since the start of the year, the Leipzig plant has built over 5,000 BMW i3 vehicles. At present, the production output stands at 100 units a day. Furthermore, the BMW Group has been applying the ultra-lightweight high-tech material also in its BMW M models for the past ten years.

Availability of renewable energy crucial in the decision for the location in Moses Lake As part of their joint venture agreement, the BMW Group and the SGL Group invested an initial 100 million dollars at their Moses Lake site by 2013, creating 80 new jobs. Jay Inslee, Governor of Washington State: “Congratulations to the BMW Group and the SGL Group on the groundbreaking of their fifth and sixth production line at the Moses Lake Plant. Washington State is proud to partner with BMW. The game-changing technology of carbon fiber is driving a surge in U.S. manufacturing, and with this production plant Washington State is at the forefront of that surge.”

The production of carbon fiber requires a great amount of energy. Accordingly, decisive factors for the set up of the carbon fiber plant in Moses Lake included the availability of renewable hydropower as well as competitive energy costs in Washington State. The availability of skilled workers also had an influence on the decision in favor of the location, which was taken in April 2010. The groundbreaking ceremony for the plant was in July 2010, the opening of the production site in September 2011. Dr. Jörg Pohlman, CEO of SGL Automotive Carbon Fibers: “We received great support from the regional authorities in Grant County and Moses Lake, a decisive element in making this rapid development of the past few years possible. With the site expansion, we are reaching an important milestone in safeguarding the site’s future.”

The production of carbon fiber composites for automotive manufacturing requires several process steps: The necessary precursor, which is based on polyacrylnitrile fiber, is made by a joint venture between SGL Group and the Japanese company Mitsubishi Rayon in Otake, Japan. In a next step, polyacrylnitrile fiber is turned into the actual carbon fiber in Moses Lake. This material is then processed at the second joint venture site in Wackersdorf, Germany, and turned into textile carbon fiber layers, the starting point for the production of CFRP body parts at the BMW plants in Landshut and Leipzig. In the BMW i models, CFRP already holds a significant share in the mix of materials, a first at this scope and in series production. The joint venture gives the BMW Group access to this innovative key material in the long term. The SGL Group provides their expertise in high-performance materials and their experience with carbon fiber-based materials.

SGL Group is one of the world’s leading manufacturers of carbon-based products and materials. It has a comprehensive portfolio ranging from carbon and graphite products to carbon fibers and composites. Products from SGL Group are used predominantly in the steel, aluminum, automotive and chemical industries as well as in the semiconductor, solar and LED sectors and in lithium-ion batteries. Carbon-based materials and products are also being used increasingly in the wind power, aerospace and defense industries.

With 44 production sites in Europe, North America and Asia as well as a service network covering more than 100 countries, SGL Group is a company with a global presence. In 2013, the Company’s workforce of around 6,300 employees generated sales of €1,477 million. The Company’s head office is located in Wiesbaden.

The BMW Group is the leading premium manufacturer of automobiles and motorcycles in the world with its BMW, MINI and Rolls-Royce brands. As a global company, the BMW Group operates 28 production and assembly facilities in 13 countries and has a global sales network in more than 140 countries.