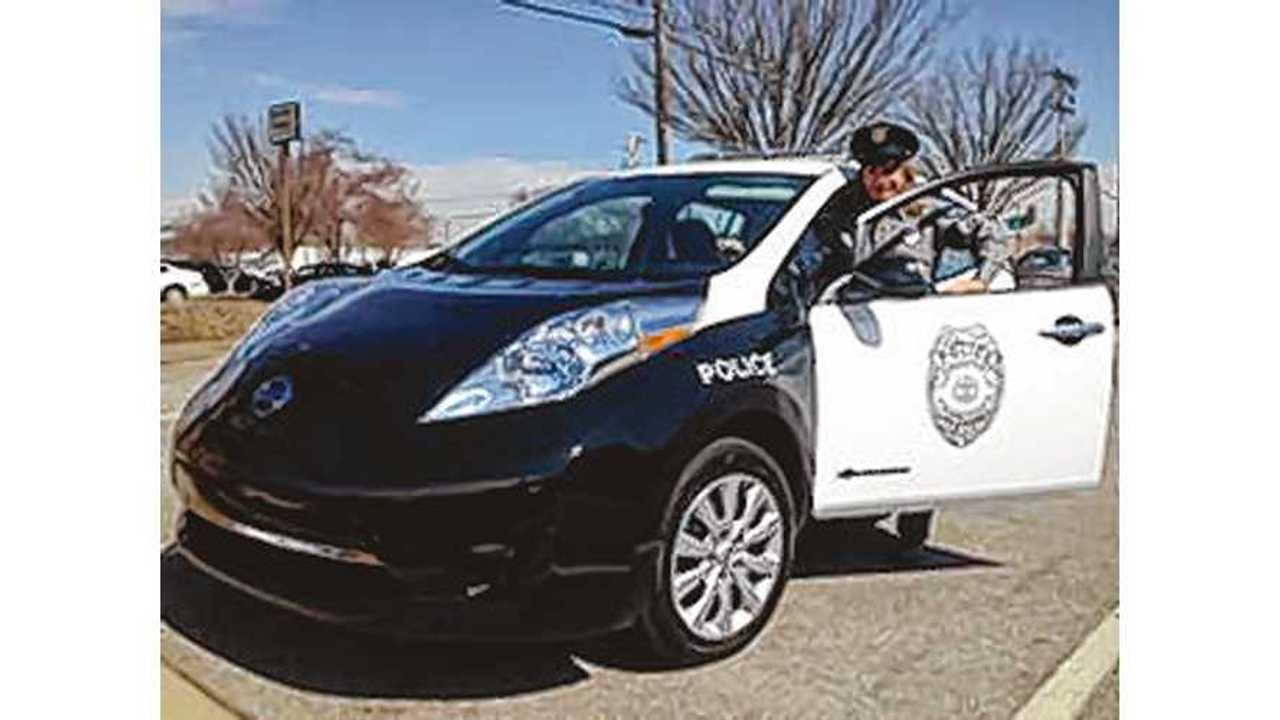 The vehicle was purchased in part by funds from Tennessee's Emissions Reduction grant and has been with the KPD for roughly a month.

The vehicle is fully marked as a police vehicle and is driven by KPD Code Enforcement Officer Melanie Adkins.

According to the KPD press release, the vehicle has a range of 125 miles per charge (perhaps when used by the squad in low-speed driving typical of code-enforcement duties) and costs only pennies a day to charge (again, according to the police department).

The Nissan LEAF is not up to spec for pursuits, which is why KPD does not utilize it for that purpose.

But for Officer Adkins' daily duties, the EV meets her needs.

Currently, there are 3 Nissan LEAFs being used by the city of Kingsport.  One each for the police department, water department and in a pool for that can be used by any employee for official business.

Kingsport's "Going Green Initiative" currently has over 30 hybrid vehicles and 40 propane fueled vehicles being used by city employees.  The purchases of the Nissan LEAFs add to the benefit of going green and reducing operating costs.