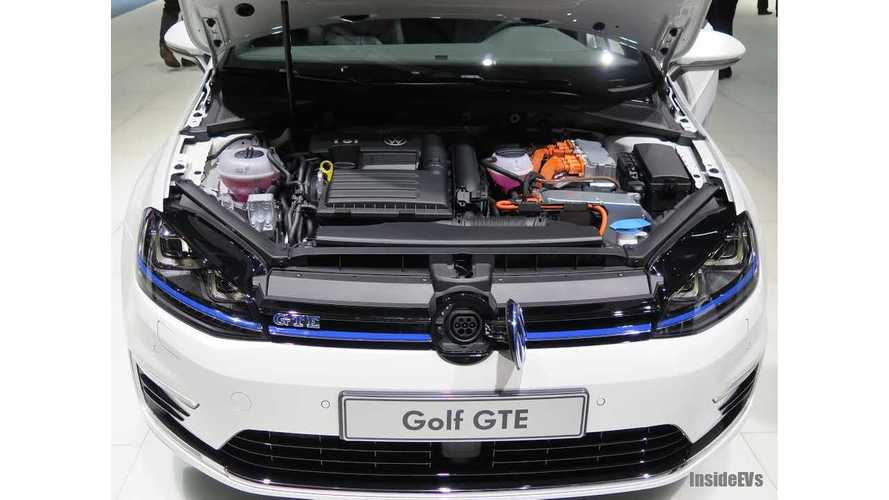 At the 2014 Geneva Motor Show, Volkswagen execs told us that the VW Golf GTE plug-in hybrid won't be sold in the US.

It's our belief that VW is trying to pull one over on us.  By saying the GTE won't be offered here, VW will then be able to dazzle us all when it officially decides to launch the Golf GTE in the States.

Why on Earth would VW not sell the Golf GTE in the US?  If the following statement from Frost & Sullivan analyst Nicolas Meilhan holds even a grain of truth, then the Golf GTE is headed here:

"Volkswagen isn’t going to sell many battery-only cars. The E-Golf (2015 US specs here) is a stop-gap. It’s telling people that VW is coming with electric cars, but the range-extended (plug-in hybrid) car will come soon in August 2014. That won’t be a niche model like the battery electric car, but will be for the mass market."

Where's the "mass market" for plug-in vehicles?  The US, right?  California more specifically, but if VW intends to shoot for the masses with the Golf GTE, then it'll have to be sold in the US.

In our opinion, the Golf GTE is coming stateside.  The only question is when?  August 2014 is the German launch date for the Golf GTE.  We're willing to bet the Golf GTE will arrive at US dealer before mid-2015.