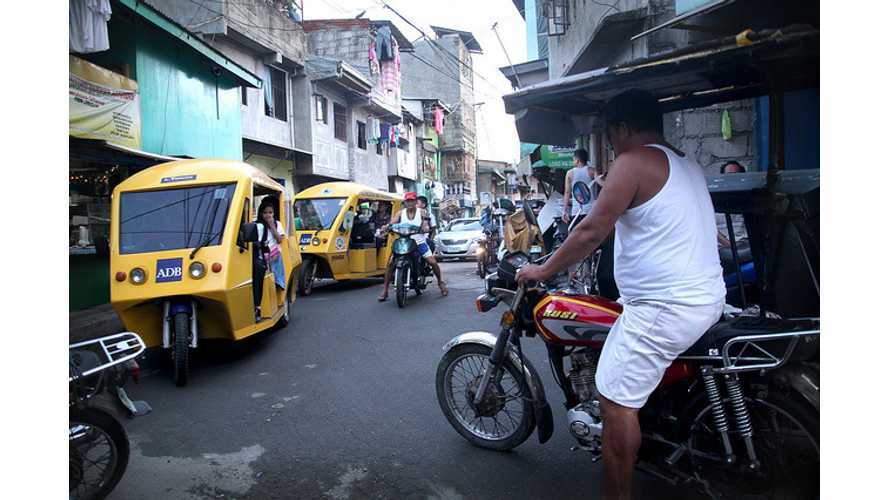 The first 3,000 e-tricycles are now on the road in the Philippines.  Well, actually there are more than 3,000, but under the e-trike project of the Department of Energy and the Asian Development Bank the first 3,000 of 100,000 have hit the streets.

The goal is to replace 100,000 fuel-burning trikes with electric version by 2016 to "reduce the transport sector’s gasoline consumption by 561,000 barrels yearly, and its emission of carbon dioxide by 260,000 ton," according to Tempo.

"Traditional units produce more than 10 million tons of carbon dioxide and use nearly $5 billion worth of imported fuel yearly."

"The National Economic and Development Authority gave the go-ahead for the government’s P21.67-billion e-trike project, to promote sustainable urban transport. The Board of Investments approved the R18.90-million project of the Philippine Utility Vehicle, Inc., to produce electric vehicles, specifically e-trikes and e-jeepneys, which are environment-friendly. The ADB works with local government units and the private sector to establish financing mechanisms so tricycle drivers will have the opportunity to lease or lease-to-own e-trikes, and to promote e-vehicle support industries."