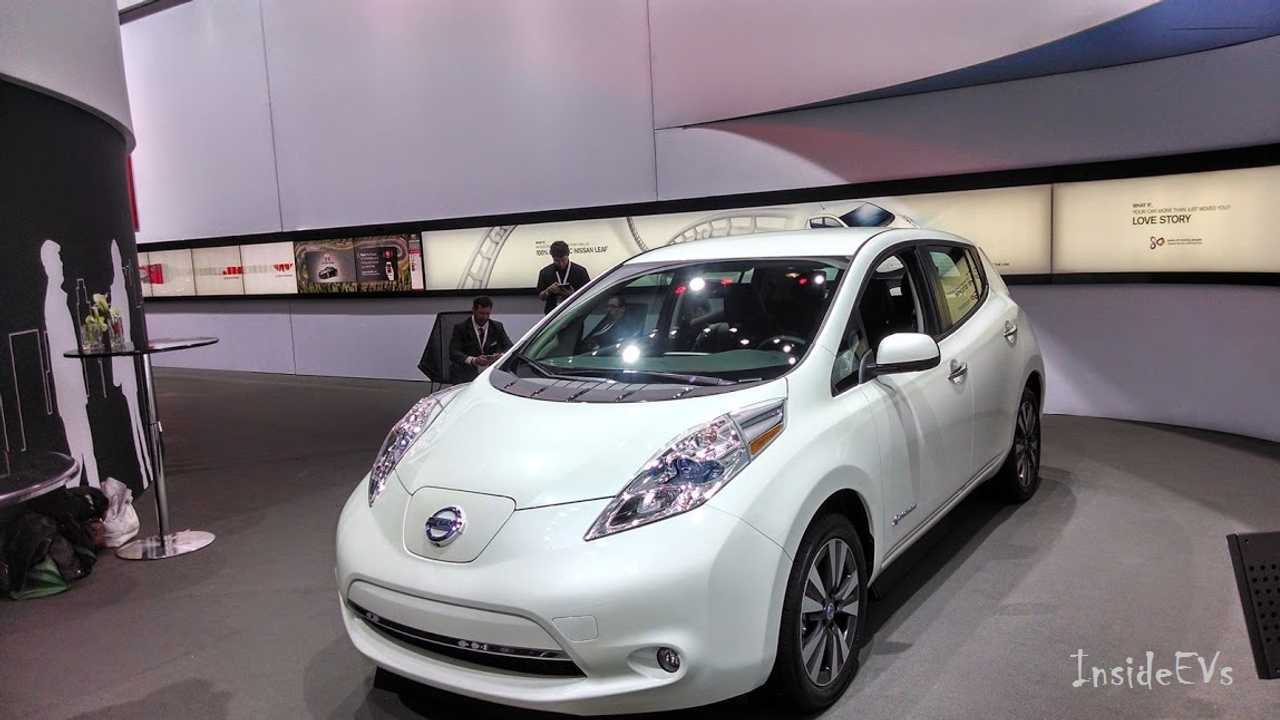 It seems to always be Andy Palmer who speaks on behalf of Nissan-Infiniti in regards to electric vehicles, so we figure why not highlight Palmer's official position before delving into the details he revealed this time around.

Basically, Palmer is the head man at Nissan-Infiniti in the fields of zero emission vehicle planning and strategy and head of the global battery unit, which means he's the man with the ability to make all the moves in Nissan-Infiniti's electric vehicle program.

When Palmer speaks of future Nissan-Infiniti electric vehicle plans, the world should listen.

Palmer did exactly that at the recent 2014 Beijing Auto Show.  Here are the highlights:

In regards to the "hot" pack for the Nissan LEAF, Palmer stated that it's coming "soon."

As for the arrival of the next-gen LEAF, Palmer commented:

“I think if you thought about a normal model cycle from 2013, that would be more realistic.”

Palmer uses 2013 as the starting point for the LEAF since it's what he refers to as the start of the full global launch of the LEAF.  As noted above, Palmer puts the next-gen LEAF's arrival to be shortly after March 31, 2017.

Wireless Charging Expected To Be Standard On Infiniti LE

Palmer says that the Infiniti EV will go on sale “close enough to be counted” as part of Power 88, so on or before March 31, 2017.  Furthermore, Palmer says the electric Infiniti will arrive prior to Infiniti's long-awaited halo car, which proves to us that Infiniti believes the EV is more important than a super-expensive flagship vehicle.

“I think the EV will come earlier.  To some extent, EV is now becoming practically a requirement.”

For this design aspect, Palmer turns it over to Mamoru Aoki, Nissan global design chief.

“The current Leaf is aiming too much at an EV-like appearance.  Tesla doesn’t look EV at all. The Tesla S just looks nice, very sporty, sleek, but very authentic.”

“We want distinctive, yet more mainstream.”

Once again, Palmer says that the Infiniti EV will be the first Nissan-Infiniti offering to get next-generation battery technology.  Palmer adds that it's likely the electric Infiniti will have more range than the next-gen LEAF due to the Infiniti having more space in which to package the batteries.

Is This NISMO LEAF More Mainstream In Its Design?