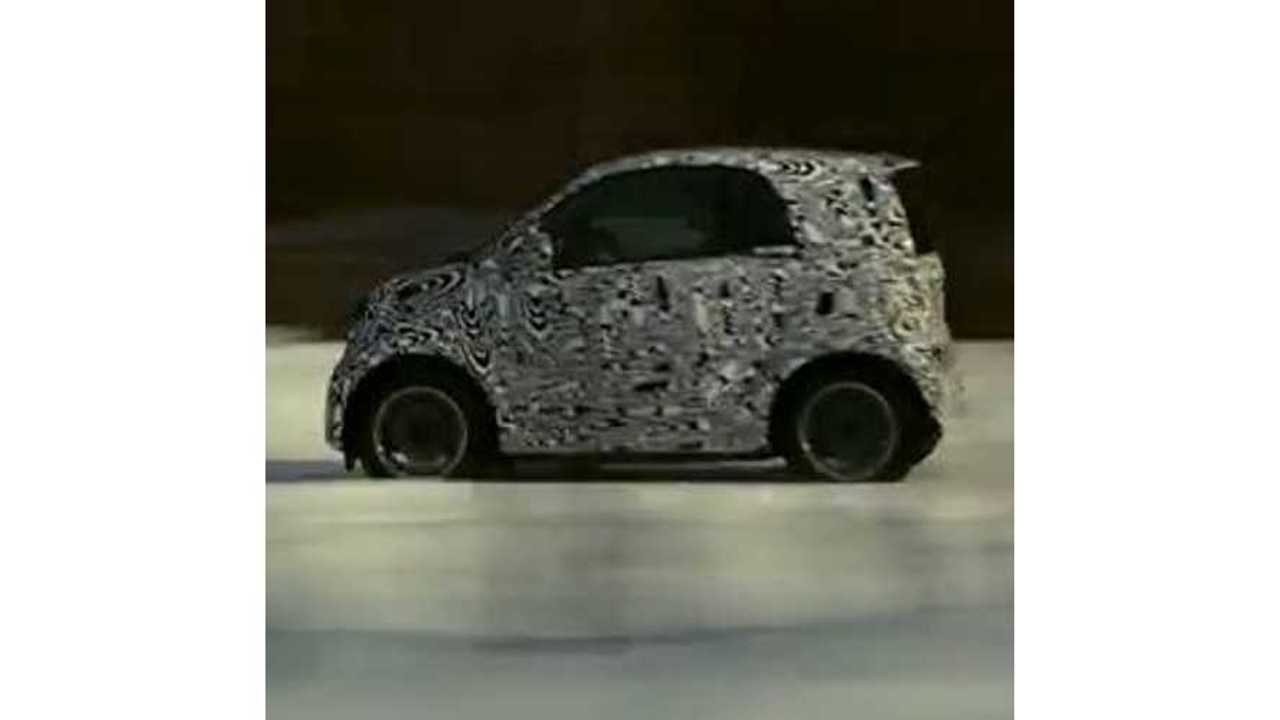 Both the next-gen Smart Fortwo and upcoming Smart Forfour are revealed in this Smart produced winter testing video.

The next-gen Fortwo and Forfour share a rear-engine, rear-wheel drive platform with the Renault Twingo.

And your eyes aren't deceiving you.  The next-gen Fortwo will reportedly be 6 inches shorter than its predecessor.  The upcoming Fortwo is in the "ready to be launched" and, unlike the Forfour, the Fortwo is once again US-bound.

More importantly, the Fortwo will carry on Smart's commitment to Electric Drive into the next generation.

If you recall in our exclusive interview with Smart US general manager Mark Webster, the rollout of the future electric Fortwo is for certain:

Webster: (The standard version release for) Europe is next year, and we are early 2015….the smart electric vehicle, we will have that a little bit longer in the current model form, just because it is expensive to produce.

InsideEVs: But you still expect that to continue the smart ED over to the new platform sometime in 2015?

Webster: Yes. We are committed to an electric vehicle with smart.

So, consider this video to provide a look at what to expect of the 2015 or 2016 Smart Fortwo Electric Drive.