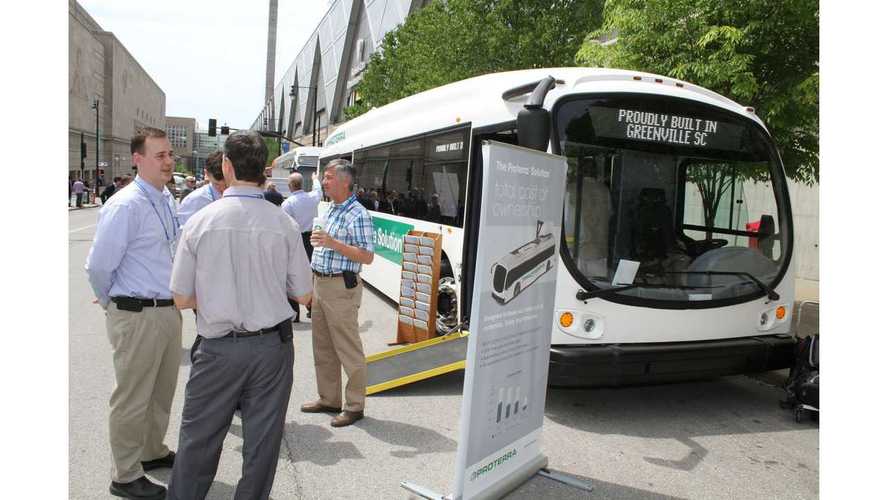 While the previous Proterra EcoRide BE35 was 35 foot long, the Solution is the first 40-foot model and, according to the manufacturer, it weighs less than any other transit bus available today (the battery pack is probably very small).

Uncharged for the 2nd generation is the minutes-to-charge fast-charge system, which enables the bus to drive 710 miles in 24 hours.

“The Proterra Solution allows us to incorporate key learnings from our buses’ years in revenue service on routes across the U.S. to improve upon our already strong and proven EV tradition. With first mover advantage in the marketplace, this next-generation product incorporates industry insight that enables us to uniquely respond to the performance requirements and operational needs of transit customers.”

“Proterra has shown the industry that EV not only works, but offers the lowest total cost of ownership and most environmentally-friendly option for communities everywhere. In short, just as its name implies, the Proterra Solution was designed to solve many of the pressing challenges facing today’s cities.”