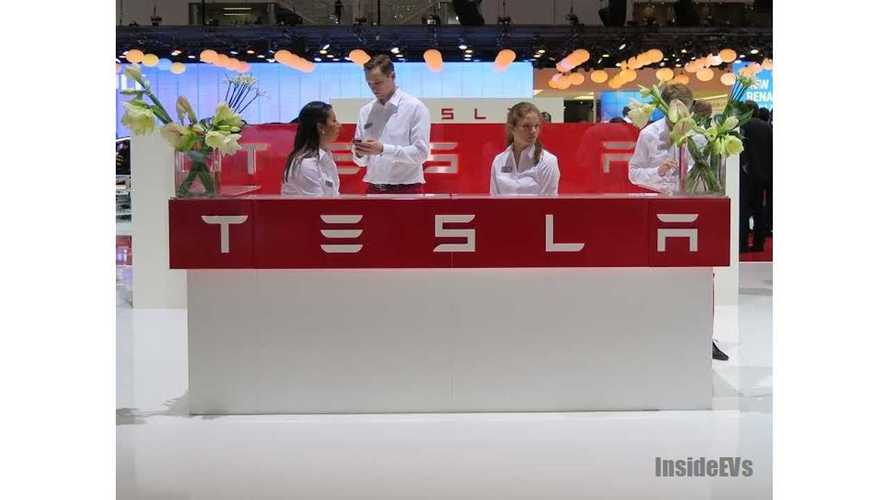 On March 11th, in an impromptu meeting that didn't sit well with the general public, the New Jersey Motor Vehicle Commission upheld a past legal precedent that saw Tesla lose the ability to sell its Model S sedan direct to consumers in the state.

The Issue Of Tesla Selling Direct Now Isn't A Matter Of "If They Can," But "For How Long?"

It turned out that the backlash from that meeting, and subsequent media scrum, put a lot of pressure on both legislators and Governor Christie to act on Tesla's behalf.

To that end, it now appears that Tesla will indeed continue to be able to sell direct in the Garden State.

There was only one problem.  As part of the March 11th decision, Tesla has to stop selling cars soon - like by next Tueday, April 1st.

Thankfully, the state sees this as unacceptable, and according to Jim Appleton, president of the New Jersey dealer's trade group (as reported by CNN), the state has pushed back the deadline - at least for a little longer, while the Senate works on legislation to allow Tesla to continue doing business in New Jersey.

Appleton also told CNN that dealers would "support an even longer extension to keep Teslas on sale while the state legislature works on a compromise," but that at some point "there needs to be a pathway for them to come into compliance with franchise laws."

Currently there are two pieces of potential legislation being proposed that would allow Tesla to continue to operate in New Jersey - one would be an open license to sell only electric cars indefinitely, while the other would see Tesla able to sell EVs direct until "critical mass" is reached in EV adoption.

That "critical mass" number has been pegged at 4% nationwide by Senator Raymond Lesniak (D-Union).   More information on both proposals can be found here.