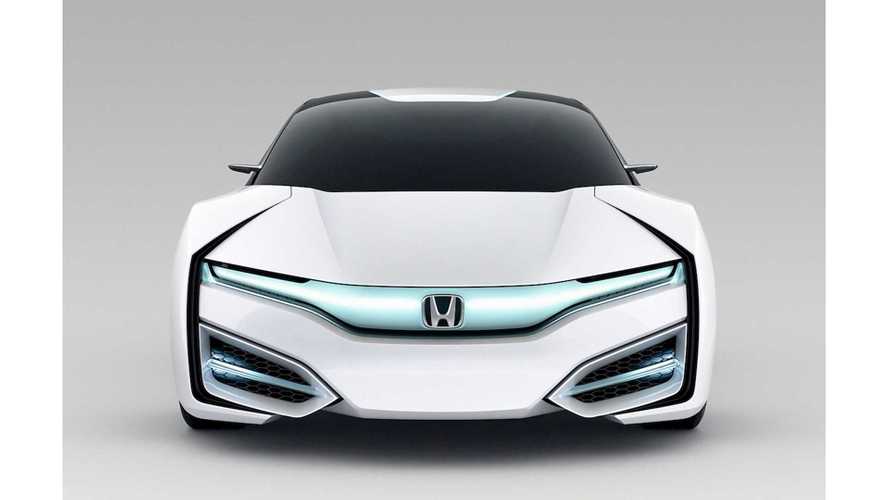 A Tesla Model S or a Honda or Toyota fuel cell electric vehicle?  What'll it be?

Both Honda and Toyota will debut production FCEVs in 2015, with each automaker expecting sales to come in at approximately 1,000 units annually, but if the price being reported by Nikkei is accurate, then we wonder if either automaker will be able to sell more than a few hundred units globally.

According to Japanese news outlet Nikkei:

"Initial prices will be set below 10 million yen ($97,750 USD) and ownership is expected to spread among individuals."

Honda's FCEV will launch in November 2015.  The automaker says production will be 5,000 units over the next 5 years and that it intends to sell the FCEV in Japan, the US and Europe.  The "below 10 million yen" is pricing for Japan, obviously.

Meanwhile, Toyota's FCEV will launch Japan, the US and Europe in 2015.  Annual production output will be roughly the same as Honda.  Pricing, again in Japan, is expected to be around 10 million yen.  Toyota says it can cut that price down to 3 to 5 million yen by 2020

Both firms will likely avoid major capital spending while production volumes are low. Toyota hopes to cut prices to between 3 million yen and 5 million yen ($29,325 to $48,875 USD) by sometime in the 2020s.

If this "10 million yen" figure proves accurate, then who's going to buy a Honda or Toyota FCEV?  With practically no infrastructure in place and a Tesla Model S costing roughly the same (but with the added benefit of a robust, nationwide infrastructure) is there even a market for these FCEVs?  Perhaps there are in tiny pockets of California, but beyond that?  We don't think so.