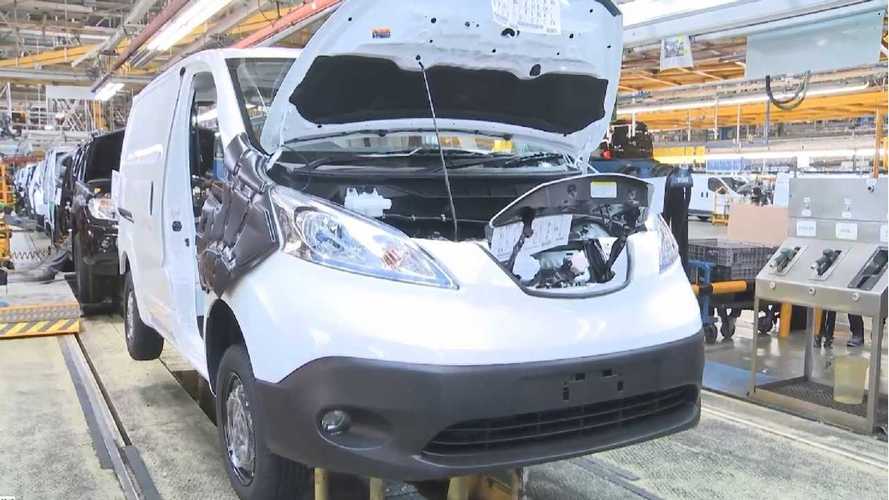 Nissan's long anticipated 2nd all-electric vehicle based on the Nissan LEAF - the e-NV200 electric can has entered production today in Barcelona, Spain.

The first job for the €100 million euro project is to get 100 of the new EVs to British Gas as a fleet order before making them available to the general public in the UK next month.

The e-NV 200 will also be available in Japan straight out of the gate, as well as some other Euro-regions shortly thereafter (like Germany and France in June).

Nissan says plans to export the van globally are still on track, although still no specific word on its US release; if we had to hazard a guess we would pencil in first half of 2015 for the e-NV200's US release.  Nissan says it has plans to roll it out initially to 20 international markets.

"This is a great landmark day for Nissan, starting production of our second electric vehicle.  This is at a time when EV's are now recognized as mainstream technology, many competitors are only just starting to launch their first EV and where Nissan has clear first mover advantage. We're proud that the Nissan LEAF is the world's best-selling electric vehicle with more than 110,000 delighted customers enjoying the quiet and smooth ride of an EV."  - Nissan Motor Co. Ltd. Chief Planning Officer Andy Palmer, who hosted the VIP guest  event

Here are some Nissan e-NV200 specs:

Video Below: Some "B-Roll" Of Nissan e-NV200 production

Below: Some images of the Nissan e-NV200

Rear Seating In The e-NV200 From The Geneva Motor Show

Another Look At Heads-Up Dash Display