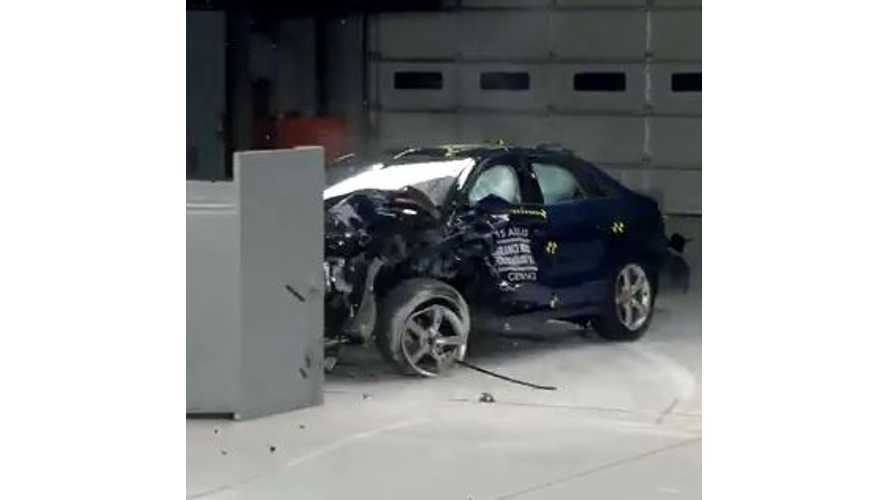 "The 2015 Audi A3, a midsize luxury car, earns the IIHS TOP SAFETY PICK+ award, thanks to good performance in five crashworthiness tests and an advanced rating for front crash prevention."

For Model Year 2015, the Audi A3 is completely redesigned.  The A3 becomes Audi's first vehicle to earn "the 2014 Top Safety Pick or Top Safety Pick+ award and the first ever to earn a good or acceptable rating in the challenging small overlap front crash test."

According to the IIHS:

"In the small overlap test of the A3, the structure held up well, with a minimal amount of intrusion into the driver's space. The dummy's movement was well-controlled, and injury measures taken from the dummy indicated a low risk of injury."

"The A3 is available with an optional front crash prevention system that qualifies for an advanced rating from IIHS. The system has automatic braking technology that avoided a crash in the Institute's 12 mph test."

None of this applies specifically to the upcoming Audi A3 Sportback e-tron, Audi's first plug-in hybrid to be offered in the US, but as we've stated in the past, plug-in vehicles typically score identical to or higher than the ICE vehicle upon which it's based.

Furthermore, we don't believe that the IIHS will independently test the PHEV version of the A3, so this may be as close as we'll get to knowing the actual safety of the A3 e-tron.

*To qualify for 2014 Top Safety Pick+ a vehicle must earn a good or acceptable rating for small overlap protection, a good rating in the Institute's moderate overlap front, side, roof strength and head restraint tests, and a rating of basic, advanced or superior for front crash prevention.

The Audi A3 Sportback e-tron will launch in the US in early 2015.

Here’s a rundown of the basic specs: