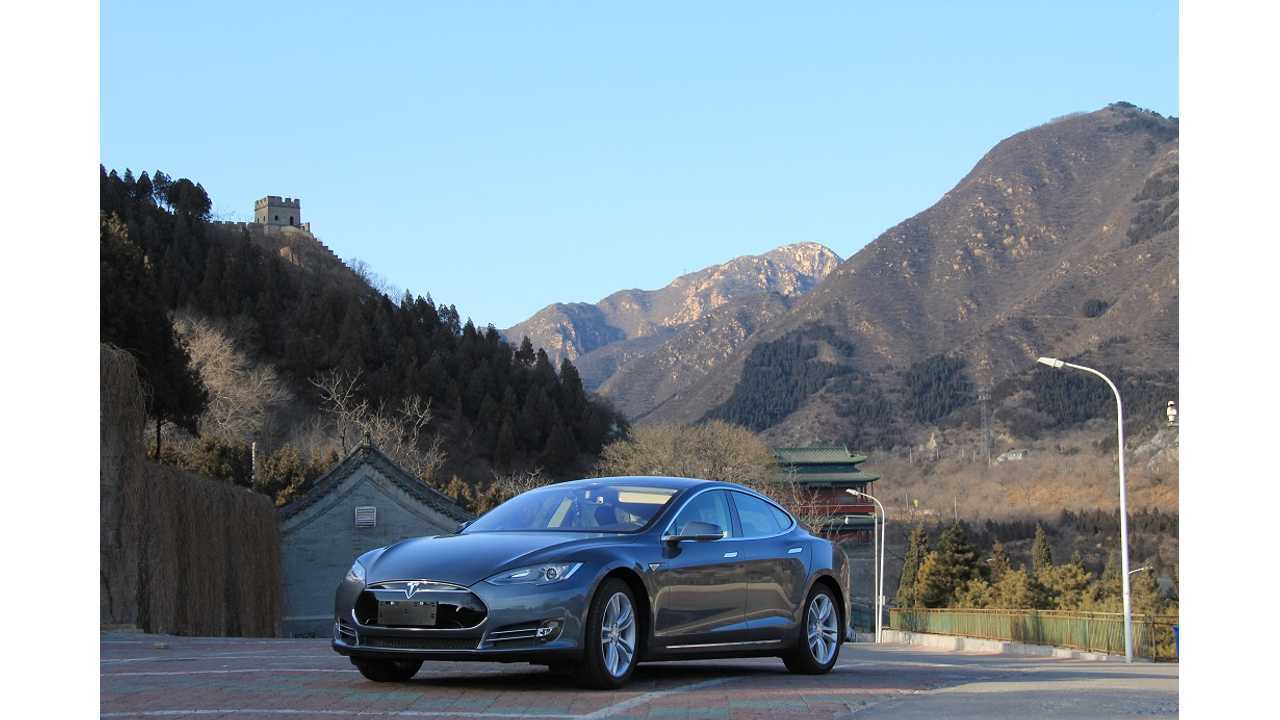 The Tesla Model S is "fairly priced" from $121,000 in China, but are Chinese buyers receptive of the Model S?

To find out what it takes to order a Model S in China, Forbes hit the ground there with a mission.

"The sales representative at the service center told us over the phone that delivery to Beijing would take four months, so that, if we ordered today, we could have our car in July. At the Beijing store, however, we were told that the Model S could not be picked up until September or October..."

A rather long wait, don't you think?

It's our belief that Tesla has not yet finalized all of the actual sales details in China and until the automaker does that, deliveries to buying customers can't occur.

Forbes says that its "industry sources" note that no Model S EVs will be delivered to customers in China until August.

While in China, Forbes had one more mission: to determine how many Model S orders have been placed.

Forbes wasn't able to obtain a precise figure though:

"We tried through our industry sources to find a reliable estimate, but the best we could determine is that the number of orders from China is more than 1,000, but less than the 7,000 to 8,500 unit expectation for this year."

"What is puzzling is that our sources also tell us that Tesla will not be exhibiting at the Beijing Auto Show in April, when automakers from all over the world will come to China to showcase their new models. Given the importance of China to Tesla, this would seem to be a missed opportunity."

So, what's your take on Tesla in China?  Is something going on there that Tesla doesn't want us to know?  Remember, Tesla is banking on China to increase Model S sales this year.  Maybe that's not panning out yet?