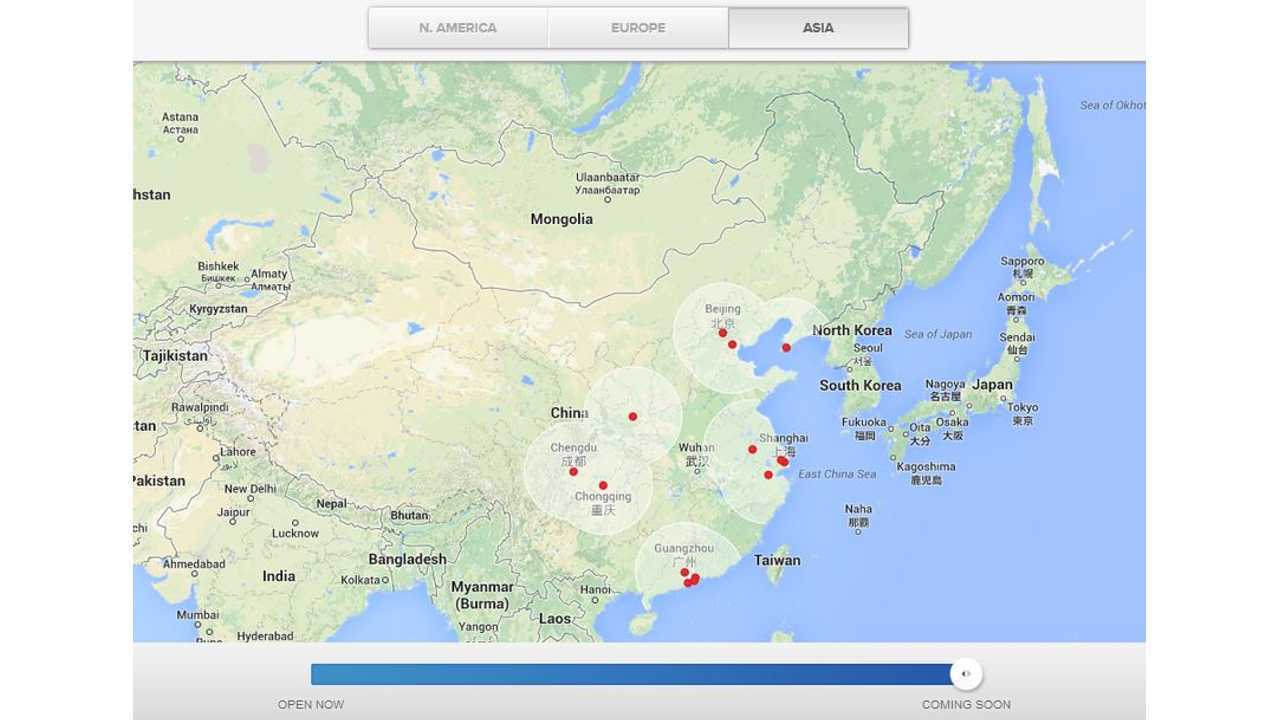 Tesla's Site Shows 2 Superchargers In Asia As Of Today

We reported direct from China on Tesla's first two Asian Superchargers, which were revealed at Auto China 2014.

Those two units, both in Shanghai, China, feature solar canopies and energy storage systems.  We believe that all of the Superchargers in China will be of this type.

Now, courtesy of Tesla's updated Supercharger map, we see an "Asia" category in which we can look upon some "coming soon" Superchargers.

The image below shows those "coming soon" units, as well as the two in operation in Shanghai.  For now, only China is included in the Asia category of Tesla's supercharger site, but at least we see that Tesla is planning to expand its Supercharger rollout in some of China's most populated cities.