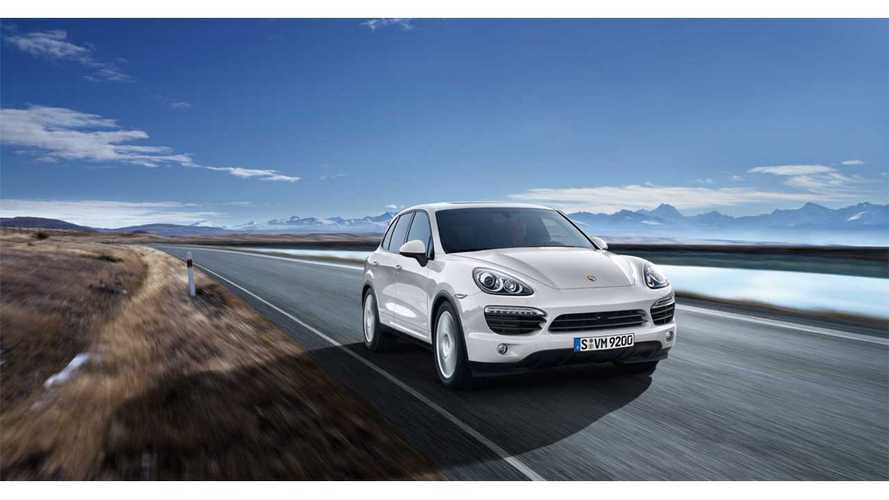 That will change soon though as Porsche is now expected to launch two plug-in versions of the Cayenne SUV.

First up is the Porsche Cayenne S E-Hybrid, which borrows most of its gear from the plug-in Panamera.

Next up, at least according to Autocar, is a plug-in version of the yet-to-be-revealed Porsche Cayenne Coupe.

"Porsche is planning to expand its Cayenne SUV line-up with a uniquely styled coupé model. Design proposals for the new five-door liftback are described as already being at an advanced phase."

"The Cayenne coupé, as the model has been christened in its development, will be positioned as a more sporting alternative to the regular Cayenne. It will receive a range of petrol and diesel engines, together with plug-in petrol-electric and diesel-electric hybrid powertrains, Porsche insiders have confirmed."

If true, then Porsche will offer two plug in Cayennes, plus the current Panamera plug-in hybrid.

Porsche, as part of the Volkswagen Group, will look more and more to electrification in the coming years as the Group aims to position itself as the world's electro mobility leader.