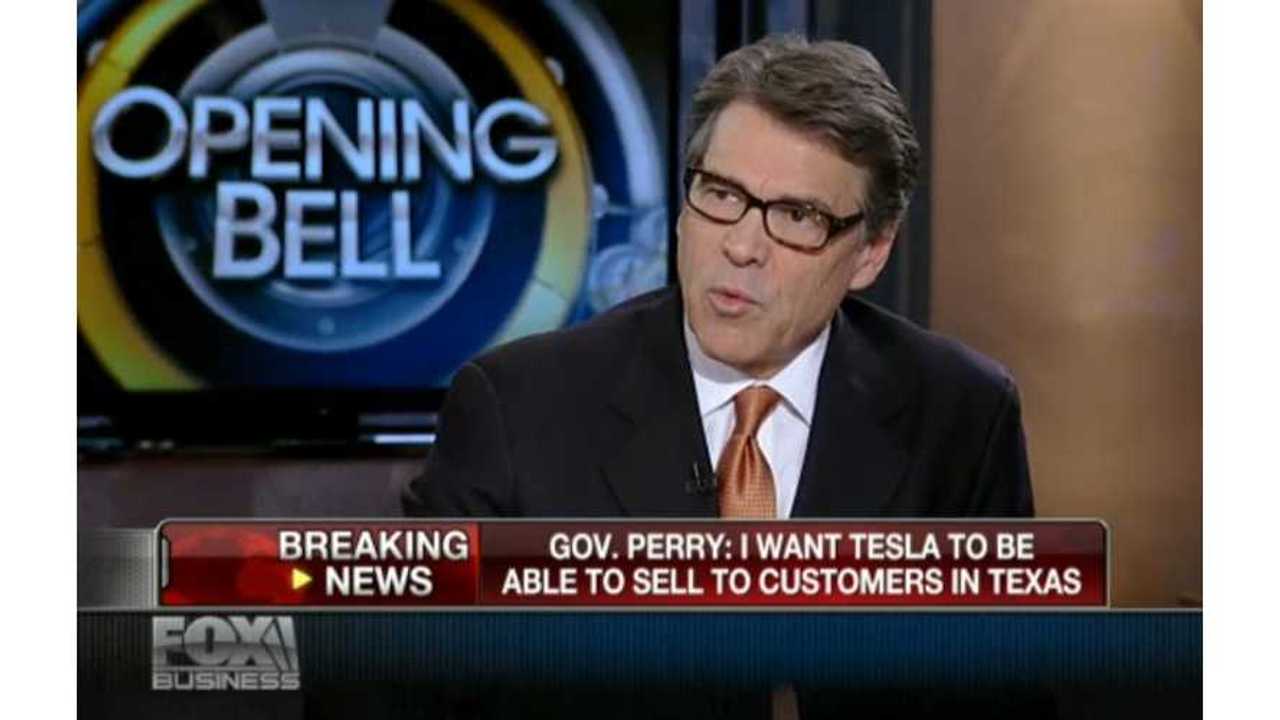 It now appears that state dealer associations' strongest ally in the fight against Tesla's direct sales model is starting to soften their stance. The state of Texas.

Like recent developments in Arizona and New Jersey, Texas Governor Rick Perry was on Fox Business News and basically said the laws stopping Tesla were based from a time when they were necessary, and that time has perhaps past.

"These are old laws that have been put in place, and I am not going to argue whether they were right or wrong for then..."

Fox Business News host Maria Bartiromo shows some of the fight she was known for previously on CNBC by laying it out for the Governor and then getting his reaction.

Bartiromo - "Texas is one of the states that are now banning the direct sale of Teslas to consumers, however you are also in the running for a new $5 billion dollar Tesla factory; so you can't have it both ways right?"

"I think the time has come for the country to have the conversation (about direct automotive sales), I can assure you they are going to have it in Texas.  Tesla is a big project, it's a $5 billion dollar project - a lot of people are going to be getting their jobs, and I think that the cachet of being able to say 'we put that manufacturing facility in our state' is one that is hard to pass up.

"We are one of four states that is being seriously considered by Elon Musk and Tesla folks, so hopefully the legislators and the officials in Texas will have a very open thoughtful conversation about do we want to lead the country when it comes to manufacturing."

And while Ms. Bartiromo does attempt several times to get Gov. Perry to give his own personal opinion on whether or not he supports Tesla direct sales in his state; he doesn't fully come out and give his seal of approval but does say:

"I think that the pros of allowing this to happen (Tesla direct sales) are going to outweigh the cons."