Op-Ed: Why There Are Independently Franchised Dealers For All But Tesla Motors 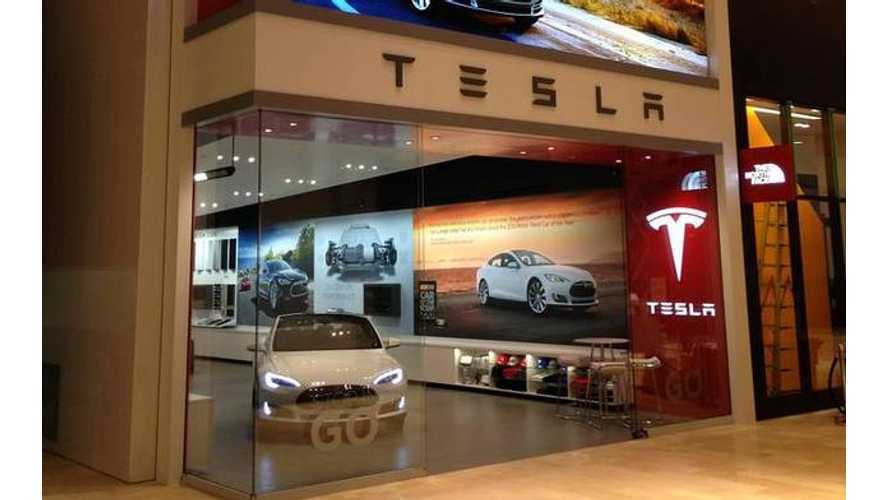 Hating on car dealers is something of a sport in the US, been a player there myself.   Its not hard to see why, for most buyers purchasing a car is a highly stressful situation with imperfect information available, and there is this sense that the dealer is trying to squeeze every last dollar out of you, which they are.    From the dealer perspective they are trying to provide every option or service you might not have considered, and they are not above needling you into getting those they believe essential.

Independent Franchised Dealerships Are How Automakers Sell in the U.S.

And there is this perception that the dealer is nothing more than a fat cat middle man, who acts as an unnecessary step between car maker and car buyer.

But it is probably fair to say that at least for the Big Three, the car dealer has “earned” its place.  We didn’t start out with car dealers.  Cars have been sold in department stores, bike shops, mail order, factory direct, and by traveling reps.  The car makers even tried there hand at “factory branches.”  It didn’t work.  Customers were consistently happier with independent dealers than the factory ones.

Initially the car makers had trouble getting funds to make the cars, let alone set up a successful distribution system.  The dealers often had to buy the cars up front and it was these funds which largely allowed the automakers to even build the cars.

Reading the history of it makes it clear the independent dealer franchise system wasn’t foisted upon by the automakers by dealers or the State, but rather it proved itself superior to the alternatives.  Every automaker willingly and voluntarily went there.  Later the states codified the system not really to protect consumers but their dealer citizens and their new car sales tax largesse.   Indeed in Virginia we recently lowered gasoline taxes, which was paid for by higher general sales tax, higher new car sales tax and of course  special EV only car taxes.

Now here comes Tesla, and they want to sell direct to the customer, just as traditional car makers did when they first started out.  Despite their advantage in size, expertise and a 100 year head start the automakers and their dealers are screaming foul.  Why should Tesla be allowed to do this and not them? For starters, Tesla wasn’t founded on the backs of dealer funding, as the early auto makers were.  Tesla has never franchised its distribution system, that basis alone should exempt it from being forced into the traditional model.

Tesla has suggested that many if not most traditional dealers who sell gas burning cars are inherently biased against electric vehicles.  This isn’t grasping at straws, buyers who make it very clear that they want an EV and only an EV are routinely directed to gassers by the traditional dealer.

Automakers have also questioned Tesla’s ability to service their vehicles, but this only points to one of Tesla’s advantages.  In the absence of an engine, service requirements are greatly reduced.  For many dealers servicing the vehicle is where they actually profit.  EVs represent a direct threat to that model and this lends credence to Tesla’s suggestion that many dealers have a serious conflict of interest in selling EVs.  Indeed, we have seen one dealer/congressman threaten to fire any employee who dared to order one.

On the Other Hand, Tesla Sells Through Automaker-Owned Stores

The very dealer system that the established players want Tesla “saddled with” is in fact a  competitive advantage to them because it allows the buyer to walk into a showroom right now and drive away the same day with the car of their choice.

Tesla buyers face the prospect of months on a waiting list.  This is not something that large numbers of buyers have been willing to do in modern history, but is ironically how it was for everyone in the early days of car making.

Whether Tesla is forced to establish an “independent franchise system” will not change the success of their vehicle.  But if Tesla is forced to focus time and energy on doing that, it will likely slow down their efforts to introduce new models and grow their production and efficiency.  And this is really what the old school automakers want.  Time. Time to catch up with Tesla’s arguably superior technology.

I believe Tesla should be allowed to continue with their factory direct distribution system.  Dealer claims that this would open the door to traditional makers doing the same are patently false.  State Laws and specific contractual agreements between the dealers and car makers make it clear this could never happen, without mutual agreement between both parties.  Automaker claims that it is one set of rules for them and another set for Tesla fail to acknowledge that the automakers adopted that system voluntarily and only later was it codified.

Tesla’s work spurred the rest of the world into even considering EVs.  Innovation like that should be allowed to run and not constrained.