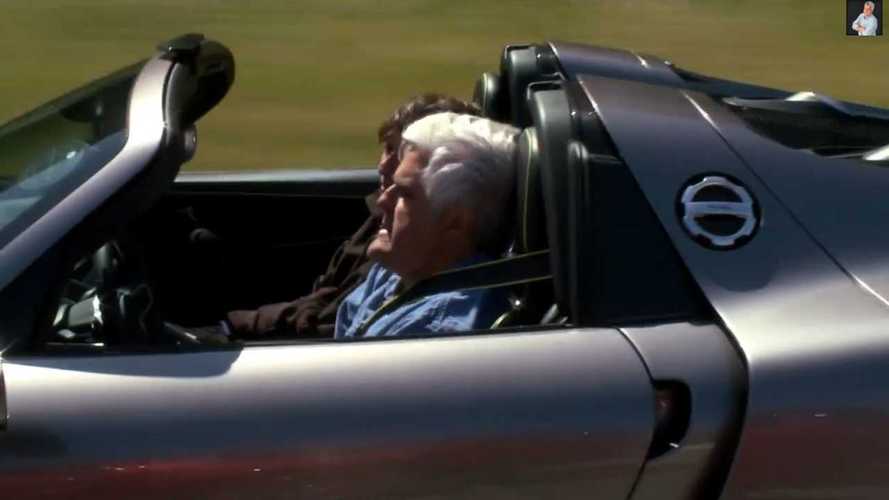 The week on Jay Leno's Garage, the ex-front man for the Tonight Show gets his hands on Porsche's new plug-in supercar - the 2015 Porsche 918 Spyder.  And regardless if you like Jay Leno or not; the man knows how to put together a video review .

The comedian gets the full 'hands on' treatment from Porsche North America's Daniel Eastman on the "race car you can drive everyday."  As always Jay asks:

"What's it like to drive on the street.  And can you use it as an everyday car?"

Some specs of note: