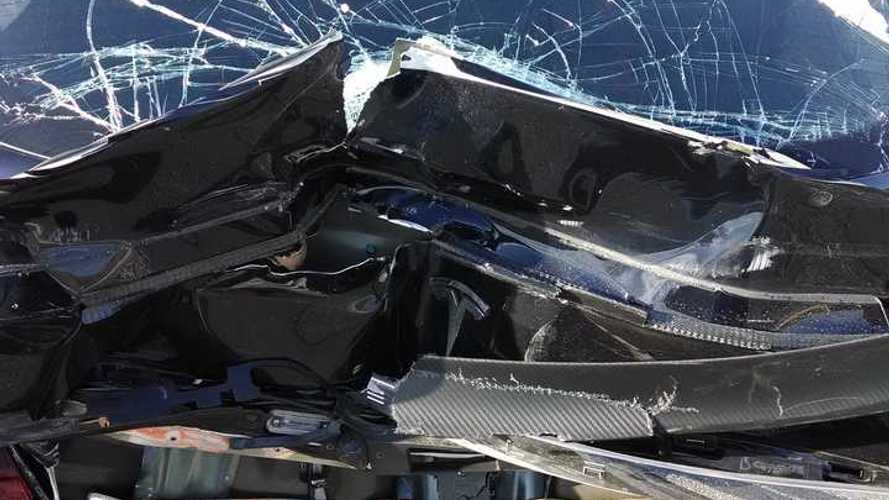 Over at Tesla Motors Club, a Tesla Model S owner posted these images showing a banged-up Model S.  Along with the images, the Model S owner told his story:

"Actually I was rear-ended by an 18 wheeler... I was the only one in my car and am doing ok, thankfully."

"...that truck in the front was indeed the one that hit me."

"...I was pushed off road a good 100 ft. Initially, I was thinking I wouldn't be able to get the car out... But with some assistance from the tow truck driver & firemen I was able to drive it back on the road and eventually home."

Once again, the world's safest passenger vehicle proves it's designed to protect its occupants in even the most serious of accidents.

Safety concerns over over the rear-most jump seats that are optional on the Model S are put to rest here too.  This particular Model S isn't fitted with third-row seats, so it doesn't have the additional rear safety bar that Tesla adds to the Model S when one opts for the jump seats.

Even without that additional bar, the third-row seating area appears reasonably intact, with the Model S owner stating:

"...kids in the rear seats wouldn't have been touched (except for some minor glass). And I don't have the rear kids seat option."