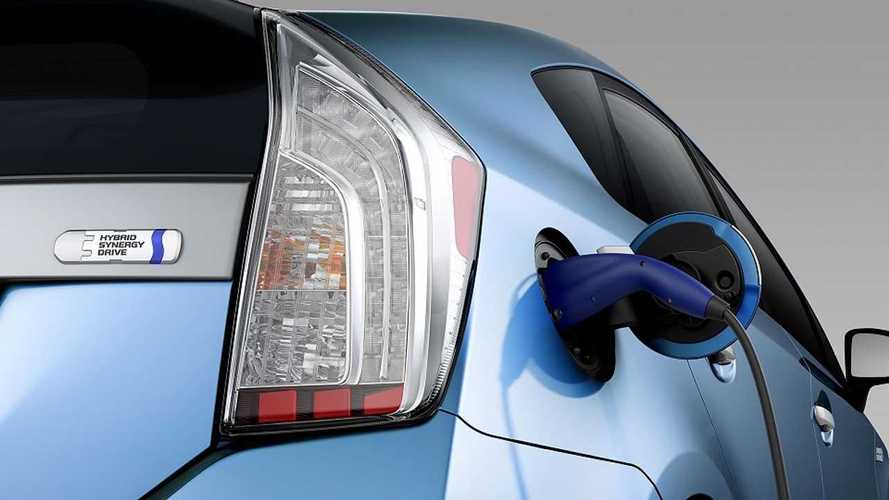 The numbers are in for April, and the growth of the electric vehicle industry in the United States shows no signs of slowing down, as sales were up 20.5% during the month, with 8,605 plug-ins sold.   Although technically, with an extra selling day on the book in April of 2013, sales were up 25.3% this month.  (full YTD monthly chart below)

Waiting To Help Out May Sales; These US BMW i3s At Port

Also of note, the Chevrolet Volt improved its year-over-year numbers (for only the 2nd time in 8 months) by 17.5% by selling 1,548 cars, and in so doing reclaimed the second spot for best selling EVs in 2014.

The biggest surprise result of the month was either the Toyota Prius PHV's continued resurgence - selling 1,741 cars during the month, or the Cadillac ELR's lack of sales at just 61 units.

Winning the "B Division" - something we call the group of vehicles after the big 6 EVs who duke it out for top spot every month (mostly a mix of low run and regional compliance cars for the most part), was the smart ED with an amazing 203 units sold.

The smart ED sales were "amazing" in April not just because it is a tiny 2 seat EV with limited available inventory, but because 20% of all the smarts sold - gas or otherwise - were of the plug-in variety.  Expressed as revenue, almost 40% of the brand's revenue comes via the plug.

Below:  Random points of interest for April of 2014

Other Than The Model S Is To Tesla, No Other EV Is As Important To The Brand As The smart ED